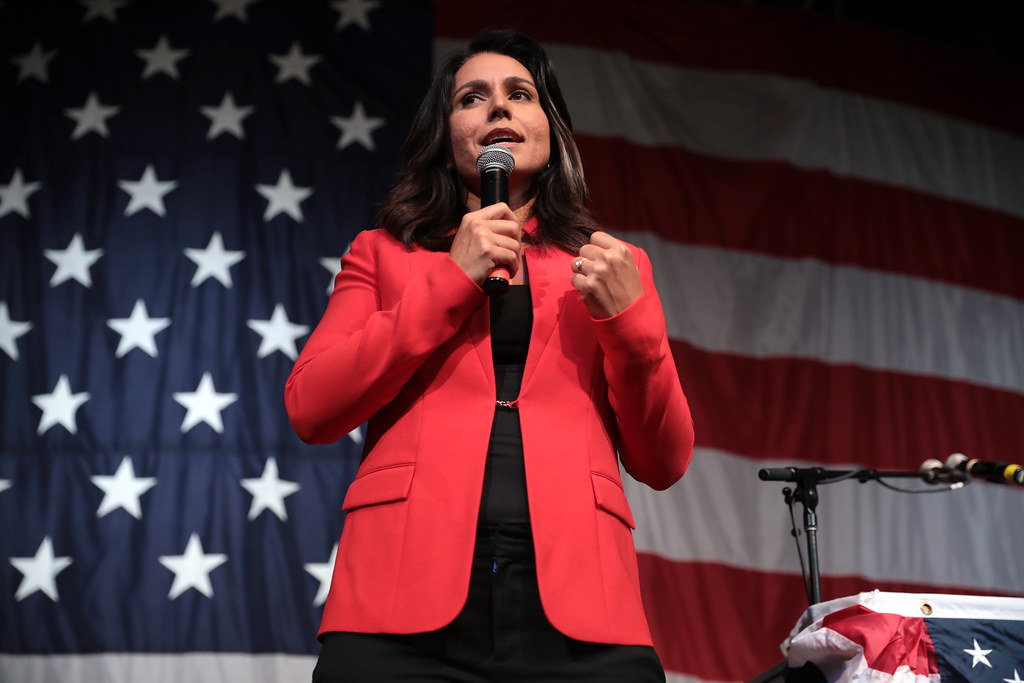 Tulsi Gabbard’s free speech suit against search engine giant Google has been rejected by a federal court judge. The Hawaii presidential hopeful last year instituted legal proceedings against Alphabet’s Google for what she considered at the time, an infringement on her right to free speech. The issue at hand appears to be that of Gabbard’s campaign advertising account having been suspended for several hours by the search engine giant following the very first Democratic presidential debate for that particular run. Google ended up suspending the account following what the search engine giant has described as “suspicious traffic and behaviour”.

District Judge Stephen Wilson said that the decision not to grant Gabbard the permission to proceed with the lawsuit is rooted in various facts, with the most prominent being that of the online search engine not being classified a government entity “bound by the First Amendment”. Judge Wilson also explained that he was of the opinion that Gabbard had grossly failed to show how Google’s decisions could in any way have had bearing or control over the regulation of an election, and said that since Google did not hold primaries or select candidates, and neither did it prevent anyone from running for office or casting their vote during general elections, Google regulates nothing more than its own “private speech and platform”.

Gabbard’s motion to sue is however no isolated incident. In fact, what Gabbard had wanted to do basically agreed with what Republicans said of Google as recently as last week. But Wilson stood his ground and said that Google’s self-regulation was firmly in the hands of the tech-giant, with the judge basically implying that Google may do with its approach to access to information; even when that information is of interest to the general public; what it will. At the end of the day, Google belongs to Google and so does its content.

This will not be the first time that the search engine giant is accused not only of an unfair approach towards content and the owners of content, but specifically of meddling in on content moderations because of some political agenda. Google has all throughout denied all and any allegations of political involvement in the past. The company has not yet issued a public statement following Gabbard’s unsuccessful court application.

Judge Wants None Of It

Gabbard had applied to the court for some $50 million in damages and relief form Google. Tulsi Now, Inc., being the official name of Gabbard’s brawl with the search engine giant, has furthermore on various occasions said that it believes Google’s behaviour to be that of an entity trying to help run elections as well as to curb “free speech”.

District Judge Stephen Wilson right-out rejected Gabbard’s and her campaign’s claim that Google in fact helped to run elections far and wide, making the tech giant not much better on the scale of ethics than Facebook and its Cambridge Analytica alliance and scandal.

Google after the ruling said that its platform had automatically flagged the presidential candidate’s account, but that Google did manage to correct the mishap a very short time after.

Who is Tulsi Gabbard?

Why Did Tulsi Gabbard sue Google?

For an infringement on her right to free speech after her ad account was suspended during a presidential debate.

How much was Tulsi Gabbard Google suing for?

Why was Gabbard’s case rejected?

Google is not a government entity and is not bound by the US First Amendment laws.

Is Tulsi Gabbard still running for president of Hawaii?

Yes, she is still in the presidential race.

Make sure YOU stand a chance to WIN! Play at a Canadian online CASINO.