Hope Is A Little Free Pantry In Toronto 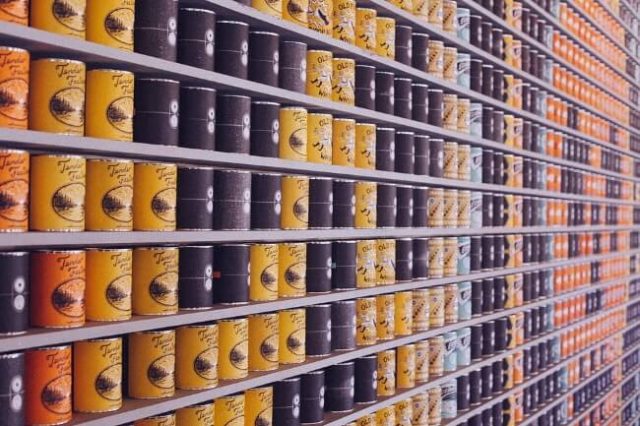 Toronto resident Melissa Rafael wanted to make a real difference to the quality of everyday life experienced by those less fortunate than what she was; people who often did not know where their next meal would come from. Melissa eventually discovered that the easiest way to provide a quick-access meal was already out there somewhere, in the form of a concept created by Arkansas resident Jessica McClard back in 2016. McClard’s Little Free Pantry did in turn draw its own inspiration from the well-loved Little Free Library concept. The only difference was that people would deposit and have access to free food items instead of books.

Melissa’s Little Free Pantry is poised atop a specially designated post in Melissa’s front garden in Toronto. Its roughly the size of a small kitchen cupboard and is fitted with a small glass in the front. What makes the concept really special to her personally, says the altruistic Toronto native, is the fact that it’s not possible to tell the difference between those approaching the Little Free Pantry with the intention of depositing something from those who are in need of food. Melissa’s Little Free Pantry, it seems, is no respecter of persons.

But Is It Enough?

Melissa’s Little Free Pantry may offer hope to locals in need of food aid, but many are of the opinion that its no real solution to a massive nation-wide food shortage experienced by Canadians in many regions all over the country. Canada is considered by many to be a type of land of milk and honey; a prosperity country, so to speak. Whilst this may be true for a select few, the reality is that many people fight a daily battle trying desperately to ensure some measure of food security; oftentimes without much long-term success.

According to statistics released by Food Banks Canada, March 2018 saw more than 1.1 million people visit the country’s food banks. When talking the actual figures in terms of meals and snacks, a whopping 5.7 million individual meals were handed out during that period.

There Will Always Be Hope

The really worrying aspect of it all, according to Food Banks Canada CEO Chris Hatch, is the fact that the numbers have remained reasonably stable for going on six years now. Whilst the statistics appear to indicate that the situation isn’t getting any worse, its not exactly getting any better either. To add insult to injury, the high price of food; especially fresh fruit and vegetables, isn’t bound to let up anytime soon.

Perhaps the small and seemingly insignificant gestures of hope; the gestures of hope offered by people like ordinary people like Melissa Raphael; play a much more special and important part in the greater scheme of things than when assessed in terms of volumes and reach.

11Get ready to WIN. Sign up at a TOP Canadian casino online TODAY!