Forever 21 To Close All 44 Canadian Stores 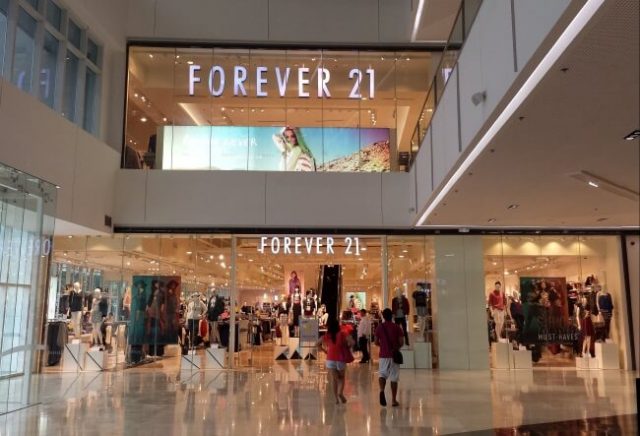 Fashion name brand retailer Forever 21 is closing the book on Canada, effectively leaving at least 2,000 local workers without an income. The retail chain has filed for bankruptcy protection in the US and will as a result be closing its 44 local stores as well as the majority of its stores in Asia and Europe. Some of its stores located in Latin America and Mexico will continue to operator for as long as what business in those regions remains viable.

The chain currently has stores in Alberta, Manitoba, Ontario, British Columbia and Quebec and Nova Scotia. A spokesperson for Forever 21 Canada has confirmed that the mentioned stores will remain open and trading throughout the liquidation process. The idea was to keep the company’s Canadian stores open for as long as possible, said Forever 21 Canada Chief Financial Officer Bradley Sell. The group’s Canadian outlets are however not performing to such an extent that it is at all viable to keep at it and go about business as usual. Sell has said that this is for the most part due to changing economic climate and the various headwinds facing the modern-day global retail industry.

The Pinnacle Of Success

Forever 21 was in 1984 started by Do Won and Win Sook Chang and at the peak of its retail heyday and as recently as 2015, saw annual sales figures to the tune of US$4.4 billion. The pair started the company after having immigrated to the US from South Korea.

The Los Angeles company was eventually financially crippled by a combination of rapid and perhaps overly aggressive expansion and an ever-changing retail landscape, explained Executive VP Linda Chang during a recent interview. Chang is the daughter of company founders Don Won and Win Sook Chang.

Forever 21 is sadly no exception to the rule. Multiple big-name retailers have had to recently close shop in Canada due to a lack of sufficient business. These include Home Outfitters, Town Shoes and Payless ShoeSource.

The main culprit appears to be online trade. Many of the retailers who had closed up shop over the course of the past year were situated in large shopping centers and malls. Canadians are now more so than ever before, choosing to instead of frequenting shopping centres, do their shopping on the Internet. The convenience of online retail is what is ultimately driving the land-based retail industry to its knees, with fewer and fewer shoppers showing any interest in visiting a giant shopping centre simply for the heck of it.

Find YOUR favourite casino games online. Sign up at a casino and WIN!