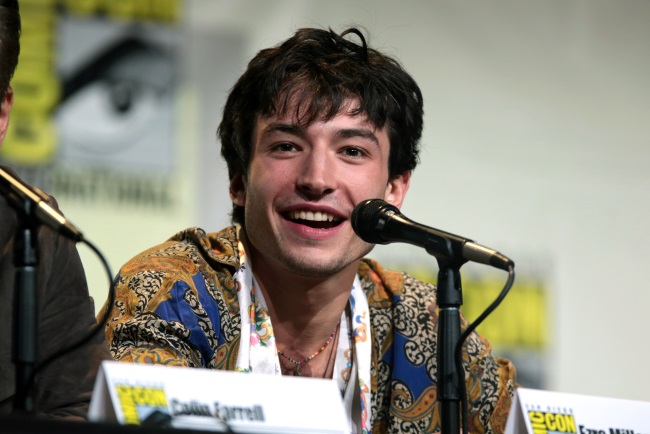 American actor Ezra Miller appears to be more beast than what he is fantastic. The hunky future Flash actor has been doing the rounds in the worst possible way on Reddit and Twitter after a slightly confusing video showing him choking a woman and throwing her to the ground emerged on social media earlier on this week. In the video, Miller is seen standing opposite a woman at a bar in Reykjavik in Iceland and asking her whether she wants to fight. Confusion however creeps in because of the fact that the woman appears to be smiling and preparing herself for a brawl in a comedic way – right before the actor grabs her by the throat, that is.

So much crazy appears to be locked up in the footage that a bunch of funny memes have in the interim also started going viral. But a spokesperson for the club shown in the video has now confirmed that Ezra had in fact lost his temper with the unnamed woman shown in the footage, and that the incident was serious enough to warrant having him escorted from the premises.

Some viewers did seem to cotton on to the fact that the footage was probably relating to a real squabble from the person filming shouting “Whoa, bro. Whoa”, right before the video abruptly cuts out. The matter was however put to bed after the aforementioned employee of Prikid Kaffihus club confirmed to Variety that the incident was serious and that it had taken place around 6 p.m. on the evening of April 1st.

An inside source at the bar has since come forward and said that Miller was present at the bar on the evening in question and that the actor had at the time been stopped by a group of eager fans, who were according to the reporter of the incident, being quite pushy. Things escalated rather abruptly after that, and eventually led to Miller losing his temper with one woman in particular.

Miller was apparently very upset and angry upon his having been escorted off the premises by club staff.

This is according to all available information, the first time that the actor has been involved in a fight or any form of a public physical altercation. But that the incident in question is bound to have done his image some damage, is a given.

Miller has starred in many films since the start of his career, including Trainwreck, Fantastic Beasts and Where to Find Them, sequel Fantastic Beasts: The Crimes of Grindelwald, and Batman v Superman: Dawn of Justice.

Miller has yet to comment on the compromising video now doing the rounds. His agent at Warner Bros. has not reacted to any requests for a statement or a comment either. Many have since the footage first surfaced wondered why the actor was out and about at a bar when most of the world is in self-isolation. Iceland has in fact done a pretty amazing job of containing the virus within its borders. It achieved this through a combination of pretty stealth detective work, some aggressive testing and early action in terms of quarantine.

Where was Ezra Miller filmed choking a woman?

What led to Ezra Miller choking a woman?

It seems there was an altercation with pushy fans.

What actions have been taken against Ezra Miller for choking a bar patron?

He was escorted from the premises, but as yet, there have been no legal repercussions.

Where was the video of Ezra Miller choking a woman released?