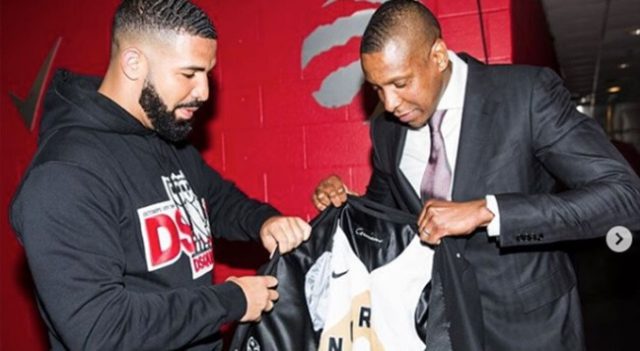 Bling just got an entirely different meaning and rapper Drake is the lucky celeb that will be sporting it out in diamond-decorated OVO jacket. Drake was recently gifted the jacket; which is decorated with no fewer than 235 diamonds, the value of which comes to at least $769,000; by Garrison Bespoke owner Michael Nguyen, ahead of the game between the Toronto Raptors and the Milwaukee Bucks.

Garrison Bespoke is of course a Toronto-based custom tailor-shop for men’s clothing. The trendy diamond-clad sports jacket was designed in-house and also carries on its left peaked lapel a 1.2-carat diamond pin. Just for that extra bit of shine, of course.

Tickets Would Have Been Better

Needless to say, not everyone was equally happy with the gift or the recipient, and fans after the game took to social media to declare their disgust and thoughts on the matter, saying that the money that had gone into the creation of the diamond-clad jacket could have been used in better ways, such as gifting at least 7,000 young Raptors fans with tickets to the game.

Garrison Bespoke marketing chief David Tran however explained that the men’s tailor-made clothing line had been commissioned to create something truly unique and memorable, and that being huge Raptors fans themselves, the team had immediately taken up the challenge of going all out on the Drake-commission.  The design team did however make it clear that the jacket had in fact not been paid for by the MLSE, despite its presentation to Drake by Raptors president Masai Ujiri.

Drake Is Ambassador To Raptors

Drake has been involved with the Raptors for the past 6 years, ever since having been named the official team ambassador. The rapper actually had a personal hand in the design of the gifted jacket, and the OVO emblem refers to Drake’s own record and clothing label, the logo of which is an owl.

To Garrison Bespoke owner and founder Nguyen, it was no doubt the perfect opportunity to show off his design-line. Nguyen said at the time of the presentation that he was really proud of the creation (referring to the gifted jacket, of course) as it is part of Bespoke’s couture collection. Nguyen said that the personalised quality of the jacket is the perfect representation of what the Garrison Bespoke brand is all about.