DJ Solveig Under Fire For Inappropriate Ballon d’ Or Joke 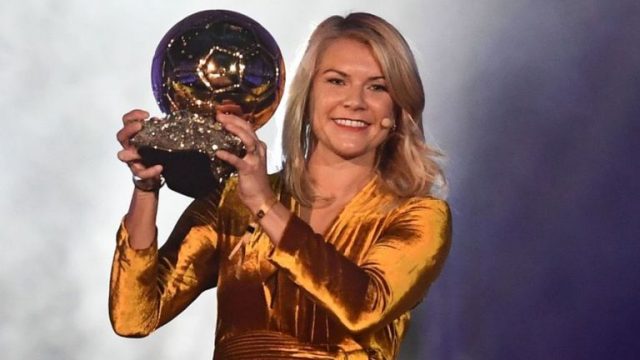 Social media pages erupted into an absolute frenzy of offense after DJ Martin Solveig asked the very first female winner of the Ballon d’Or whether she knew how to twerk. The presenter later apologised to Ada Hegerberg as well as on social media, and said that looking back on the incident he realises that his attempt at humour really wasn’t a very good one.

In fact, Solveig said, it was a really bad joke. And rightly so, especially considering the recent outcries against the sexualisation of women. Women all over the world, especially those in the public eye, are in a very vulnerable position in general, and statements such as the one made by Solveig are considered to fan the fires in a big way.

Hegerberg Not Fazed By The Question

Martin Solveig’s question is considered by many to have taken something valuable away from the moment for the 23-year-old Norwegian. In spite of the fact that Hegerberg responded to the apology by saying that the comment did not bother her because she was at the time fully focused on just having become the very first woman to have won the Ballon d’Or, social media users refused to let it go, so to speak.

They insisted on an apology and lashed out at Solveig and all of mankind for the insensitivity of the comment as well as all that it implies. Comments such as the one made by Solveig serve to belittle women in sports as well as in many other areas of life, even when they were not intended in a bad way.

READ MORE: The Ins and Outs of Kin-Ball

The unsavoury incident had brought back memories of when Eugenie Bouchard was asked to twirl on court at the 2015 Australian Open. Despite the fact that the Ballon d’Or winner had said afterwards that she wasn’t in the least bit upset, folks soon connected the two incidents and took to social media platforms to express their distaste at what had happened. Many people said that they could not believe that someone would dare to make comments of this nature in the current day and age of the #metoo movement following a rampage of sexual harassment by a prominent Hollywood producer.

Comments such as the one made by the French DJ are considered to be a symbolic nod of approval of untoward behaviour towards women.