Denise Richards Brings the Drama Back to Reality TV 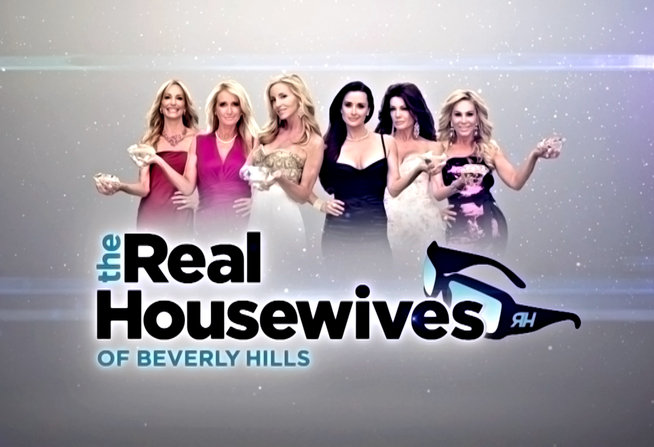 Not being able to leave the house for just any old reason hasn’t stopped Real Housewives of Beverley Hills star Denise Richards from cooking up, in her words, “a breakfast for champions”. The actress recently spilled the beans over her idea of the perfect quick and easy meal during an interview with the Los Angeles Times, saying that the meal she regards as the perfect breakfast-to-dinner backup plan is nothing other than that good old classic American comfort, macaroni and cheese.

Richards supposedly even posted mac-and-cheese for breakfast to her Instagram account, and says that even now, she regards macaroni and cheese first thing in the morning as crazy, and something she wouldn’t even think of doing under normal circumstances. But these are anything but normal circumstances, and her kids loved it. And best of all, said the famous television housewife, her recipe is one that is mercifully simple: nothing fancy, nothing organic, and nothing homemade. Its apparently completely out of the box.

More To Life Than Breakfast

But not everyone is as fond of Denise Richards - and her love for mac and cheese. Co-star Kyle Richards is particularly miffed about the way in which Denise has been conducting herself on set. Kyle recently chatted with entertainment news reporter Lauren Zima about allegations surrounding Denise and her supposed extra-marital affair with former Beverley Hills housewife Brandi Glanville.

Kyle is everything but impressed by how Denise Richards tends to leave the kitchen once it gets hot. Seeing things through even in difficult times is what everyone signs up for when joining a reality TV show, explained Kyle, and so it’s very frustrating when people simply don’t bother to show up when the going gets a little tough.

And, pointed out Kyle Richards, even though facing up to situations involving yourself or your family can be particularly tough, its necessary to face those types of situations head-on, because what with reality TV being what it is, a salacious extra-marital affair is exactly the type of stuff that people are going to be blabbering on about. Reality TV is all about leaving nothing out, stressed Richards, and that includes not only the good and the bad, but also the debaucherously ugly.

As for the new season of Real Housewives of Beverley Hills, it’s now available for live stream on Hulu + Live as well as on fuboTV. Season 10 kicked off on April 15 and viewers can apparently expect the same variety of secrets and drama as always upon the return of Denise Richards, Lisa Rinna, Erika Girardi, Teddi Mellencamp Arroyave, Kyle Richards and of course, Dorit Kemsley.

An extra treat this season is new addition Garcelle Beauvas, a single mother and actress. Beauvas is the first African American housewife ever to appear in the Beverley Hills Housewife franchise.

And according to housewife Erika Girardi, the story with Denise and the affair is far from over.  Girardi revealed in a recent online video interview with US Weekly that the rest of the group aren’t going to let Richards’ habit of avoiding questions or simply leaving the room slide. The same questions will be asked over and over again until satisfying answers have been provided.

And chances are those questions won’t have much to do with what’s been on the menu for breakfast.

Where did Denise Richards admit to eating mac and cheese for breakfast?

When did Season 10 of RHOBH kick off?

Who is new in season 10 of RHOBH

Garcelle Beauvas has joined the cast.

Which RHOBH co-star did Denise Richards allegedly have an affair with?

Kyle thinks Denise gets away with not facing issues head on, and always leaves when there is conflict.

Play for a JACKPOT online. Sign up at one of Canada’s leading ONLINE CASINOS!