The Most Popular December Baby Names 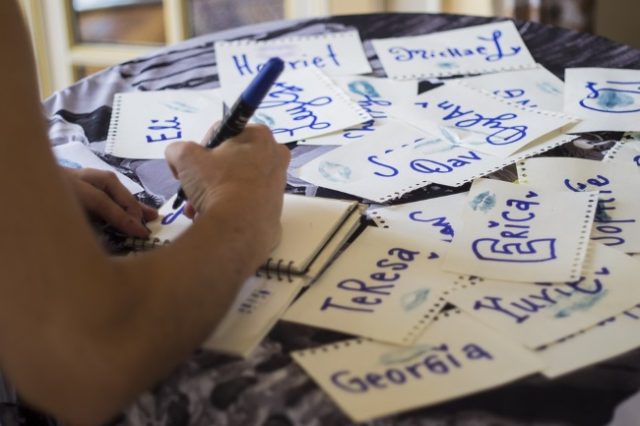 Many people feel quite stuck when reaching the point of having to pick a new baby’s name, perhaps realising the permanence of it all what with there being no possibility at all of changing one’s mind later on. And its not as if everyone is equally keen on going with traditional family names either. A baby name is an affair requiring thought and thoughtfulness, and even more so when that baby is to be a December baby.

The latest trend is to name December babies after influential folk born in the month of December in the fields of television, movies and entertainment. These are just some of the names that are trending on Nameberry as popular baby names this December.

We’ll start this one off with Finn. Canadian actor Finn Wolfhard is our inspiration behind the Irish gender-neutral name meaning “fair”. Born on December 23rd, Finn plays the part of Mike Wheeler in the Netflix Original Stranger Things. The popularity of the name “Finn” is on the rise and tops our list of December baby names.

And then there’s Kit. How can anyone be considered uncool when named after the man otherwise known as Jon Snow? Actor Kit Harington shot to fame after having played the role of Jon Snow in Game of Thrones. Kit is often a diminutive of either Christopher or Katherine.

Internet personality Nash Grier is our third inspiration for a popular baby name for someone born in December. Born on December 28, Nash Grier has well in excess of 10 million followers online. The name “Nash” which means “by the ash tree” has been gaining steady popularity since 1997.

We’ll start this one off with Fox, what with this young actor being the cutest of them all. December baby Fox Messitt shot to fame playing the role of Tommy Fuller Jr. in the smash series Fuller House. What many don’t realise is that the role of Tommy Fuller Jr. is played by Fox as well as by his twin brother Dashiell Messitt. Fox is yet another gender- neutral name and a very popular one at that.

The name “Pixie” is making a comeback too. Our Pixie is inspired by young British actress Pixie Davis, who plays the role of Annabel Banks in “Mary Poppins Returns”. Pixie Davis was born on December 9.

And then there was Billie. This one has been around for a very long time but is only now making a definite comeback as a popular girl’s name meaning “resolute protection”. The inspiration for the name having made the cut for our December list is singer/songwriter Billie Eilish, born on December 18th.

Get YOUR name on the winners list! Play online casino games NOW.