How Covid-19 Quarantine Cooking Is Saving The Day 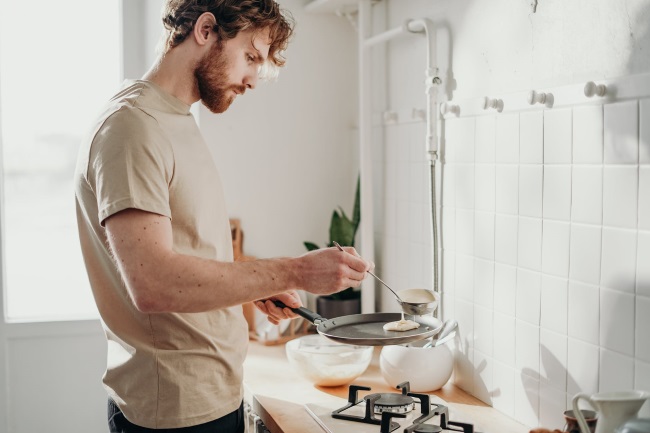 To many people, cooking simply doesn’t come naturally. It could be a case of never having needed to cook before now, or simply having fallen out of practice because of busy schedules involving a balancing act between work and raising a family.

Read More... Why Home-Made Masks Are A Bad Idea

Now that eating out is no longer an option since social distancing has become a matter of life and death, many of us are finding ourselves on alien territory. And it’s not even as if the battle is restricted to our kitchens; it begins already in local supermarket isles where stocks are at all-time lows not because of food shortages, but thanks to panic buyers having gone dilly on everything from toilet rolls to spaghetti sauce in a fashion that would make any doomsday prepper go weak at the knees.

And not from hunger.

Enter #QuarantineCooking. Having recognised the plight of their countrymen, folks have been getting exceptionally creative on social media in an attempt to help regular non-cooking Canadians get into the groove of not only navigating their kitchens, but also doing so on a budget. Many among us are not only stuck at home but are also stuck wondering where the next paycheck is going to come from. And so, cooking a meal on a shoestring has become a thing too.

The secret to success is focusing on keeping it simple, says chef and Top Chef Canada All-Stars judge Romain Avril. Having recognised that many people simply weren’t accustomed to having to cook daily regular meals, he stared up an Instagram cooking show called “Quarantine Kitchen”. His approach is uncomplicated, making use of simple ingredients and even more simple cooking equipment, so as to make preparing a basic but nutritious and filling meal a possibility for everyone.

People have admitted that chef Avril’s recipes have been keeping them alive.

A Great Way To Bond

Parents too, have been doing what they can to strike the balance and keep their families going, oftentimes on a shoestring budget too. 30-year-old Ontario mom-of-five Mari A. has been teaching her kids to cook not only as a boredom-buster, but also as a way to keep their math skills sharp and up to date.

There’s nothing quite as effective for teaching fractions to a 9-year-old than by explaining how many quarters to whole whilst having fun baking. And aside from the math, it’s also a great opportunity to bond, says mom Mari.

When the going gets tough, the tough get creative. Sometimes even with food and quarantine.