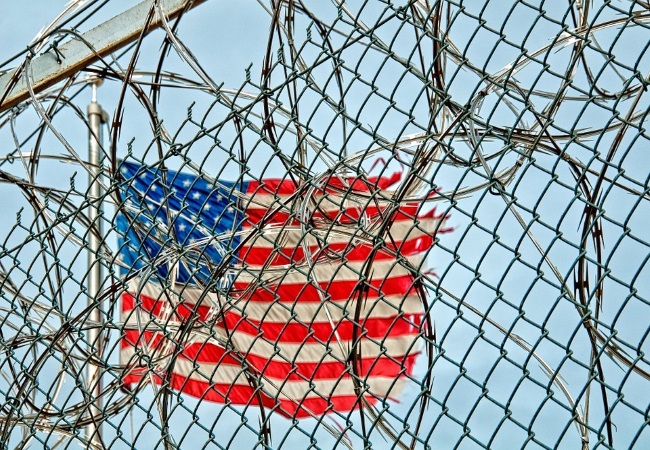 Walking out the front gates of The Federal Correctional Institution, Colorado, Ron Blagojevich wore a smirk that throbbed with defiance and no remorse after serving a reduced prison sentence, which has been of 8 years.  Thanks to the current Commander-in-Chief of the United States, Blagojevich’s  original sentence of 14 years was commutedand on Tuesday 18 February 2020, he was officially released from federal prison.

Blagojevich, a former US Senator and member of Congress, was convicted in 2011 for soliciting bribes, attempted extortion and fraud, and sentenced to 14 years.  He was only due to be released in March 2024 – that is, until Trump stepped in.  President Trump used his clemency powers to remove Blagojevich's 14-year prison term. The presidential pardon wiped away the sentence but not the conviction – Blagojevich is still tainted by the crime of which he was convicted. To judge by his reaction, freedom counts more than reputation for the man whose prison nickname was “Gov”.

The crook who sold Obama

The most notable of the 20 convictions was Blagojevich’s attempt to sell Barack Obama's vacant Senate seat when Obama was elected president.  Through widespread coverage of the trial, Blagojevich was famously caught bragging about the vacant seat, saying "I've got this thing, and its f---ing golden. I'm not giving it up for f---ing nothing." Over and above this, the former Illinois Governor was linked to various other transactions proving his abuse of power in the Senate for personal gain.

The response from the US public has been mixed. Even some  Republicans are wondering what on earth Trump was trying to achieve by making this move. Others have praised the President’s actions and commend him for bringing justice where it is needed.  Trump, on the other hand, appears to be making a power play against the same prosecuting team   that were associated with his impeachment by Congress.  Trump stated that the sentence on Blagojevich was “a tremendously powerful, ridiculous sentence in my opinion and in the opinion of many others”.

As a former Democrat, Blagojevich has expressed “profound and everlasting gratitude” towards Trump, stating that "He (President Trump) didn’t have to do this. He’s a Republican president. I was a Democratic governor. And doing this does nothing to help his politics." Blagojevich went on to say, ‘Trump saw a wrong and corrected it – if I get the chance to vote, I will vote for him – I am a Trump-ocrat!”

To this day, Blagojevich shows no sign of regret or wrong-doing in the past and maintains that he “had made mistakes, but never broke the law”, describing himself as a "political prisoner" and promising to use his experience in prison to fix the "broken" criminal justice system.

The prosecution team behind the Blagojevich case said on Tuesday that despite the president lawfully exercising his clemency powers, the former Illinois governor "remains a felon, and is still convicted of multiple acts of corruption".