Climate Change Doesn’t Have To Cost The Economy 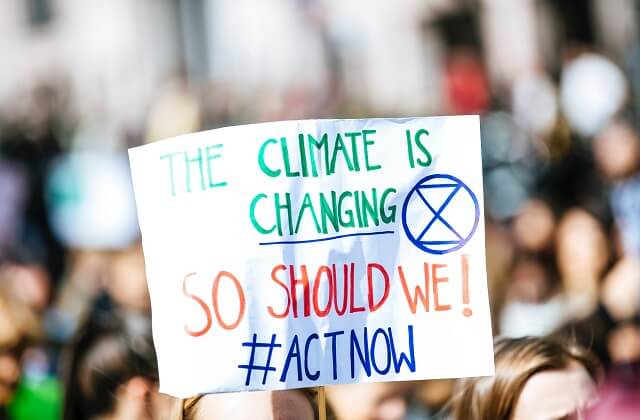 A global health disaster is too big a price to pay for positive climate change and a really painful system of working toward decreased carbon emissions. A cool hard truth as voiced by Corinne Le Quéré, who is a Canadian professor of the science of climate change at the UK’s University of East Anglia.

Le Quéré is also the lead author of an insightful recent study published in Nature Climate Change, which study suggests that due to the current global shutdown of everything from travel to big-business production, emissions in the year 2020 could drop by as much as 7%. This particular drop is right in line with that previously pegged by the United Nations Environment Program’s Emissions Gap Report as being the measure by which CO2 emissions would have to annually drop if global warming were to be sufficiently limited.

Interesting to note is that at the time of the release of the mentioned Emissions Gap Report, being as recently as last year November, an annual drop of anything even vaguely in the region of the suggested 7.6% drop seemed a goal completely unattainable – outlandish, even.

You Can Have Both

But distressing and certainly crippling economic devastation isn’t the only way in which to achieve a drop in CO2 emissions previously thought impossible. Experts like Le Quéré and economist Don Drummond, who worked for federal Canada’s Department of Finance for more than two decades, are keen to point out that CO2 emissions in the country have practically flatlined over the course of the past few years. And that best of all, this was long before current disaster struck. Proof indeed that positive economic growth in the face of effectively and purposefully reducing harmful emissions is indeed possible.

Drummond says he’s well-acquainted with the existence of what he refers to as “scare-mongering”, a tactic particularly prevalent in Canada and whenever any new policy relating to climate change is brought up for discussion. New policies are automatically bashed as potential bullets to the heart of the country’s economy.

The time, says Drummond, to put a price on the value of the environment and the reduction of emissions, has come. With the right sort of incentives or disincentives properly in place, economic growth and a healthy environment need not be two irreconcilable or mutually exclusive concepts. Change can be brought about by a mind shift as simple as developing infrastructure for walking and cycling instead of making use of clearly unnecessary harmful means of surface transport.

Change is as simple as putting a price on that which is of value.

Play ONLINE and reduce your carbon footprint! Sign up at a casino NOW.