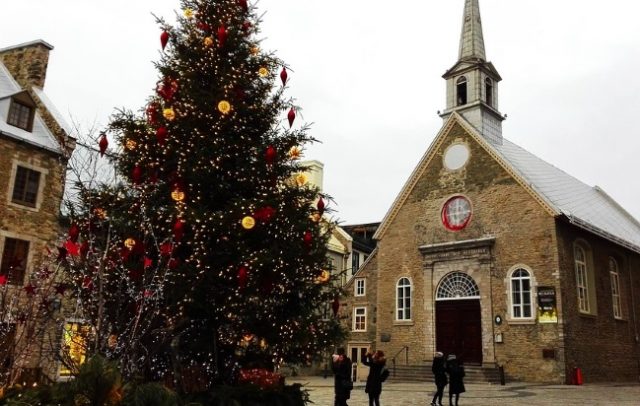 Colonists, immigrants, and first nation peoples have all played a role in shaping Canada’s many Christmas traditions. Some are religious, some are not, but they all help to make the holiday season what it is. This is what many Canadians get up to when they are not gaming at Christmastime.

Decorating homes with evergreen leaves, branches, and trees is one of the oldest Yuletide traditions, and one that many Canadians are only too happy to uphold. Some people use evergreen branches and candles to make Advent wreaths for the four weeks before 25 December. In 2016, there were 1,872 Christmas tree farms, most of which were in British Columbia, New Brunswick, Nova Scotia, Ontario, and Quebec. That same year saw almost 2 million trees exported to more than 20 countries around the world.

The feast is another tradition you will see Canadians celebrate with gusto. Many people attend midnight mass on Christmas Eve and then go home to a French-inspired dinner known as a Réveillon. Typical components include a meat pie called tourtiere, vegetables, sauces, and beef, goose, or turkey. Sweet treats typically served include plum or rice pudding, pastries and biscuits, and rolled cakes called yule logs. Incidentally, Canadians buy more than 3 million turkeys every December. As far as drinks go, you will not get through a holiday season without being offered at least one serving of eggnog.

Although the Toronto Santa Claus Parade is held annually in November, it still counts as a Christmas tradition. It is one of the biggest and longest-running parades of its kind in the world. The first event was held in 1913. More than 100 years later, the parade attracts more than half a million people.

Celebrated by the Inuit in northern Canada, Sinck Tuck is a winter solstice festival that really is a celebration. Families and communities gather for a big party, where they exchange gifts, feast on caribou, seal, and raw fish, and dance the night away.

Christmas markets are not unique to Quebec, but the province is famous for holding the best of them. Stalls sell trees, decorations, pastries, eggnog, and other seasonal fare, gifts, and much more. Sleigh rides and carolling choirs add to the atmosphere.

The two related Yuletide traditions of Belsnickel and mummering are still celebrated in Nova Scotia, Newfoundland, and other provinces. Belsnickel is a character dressed in rags decorated with bells, who in German folklore was linked to St Nicolas or to the saint’s servant, Knecht Ruprecht. He carries candies for good children and a switch for those who are naughty. Mummering sees groups of people in fancy dress travel from home to home, where they sing, dance, tell jokes, and do other performances.