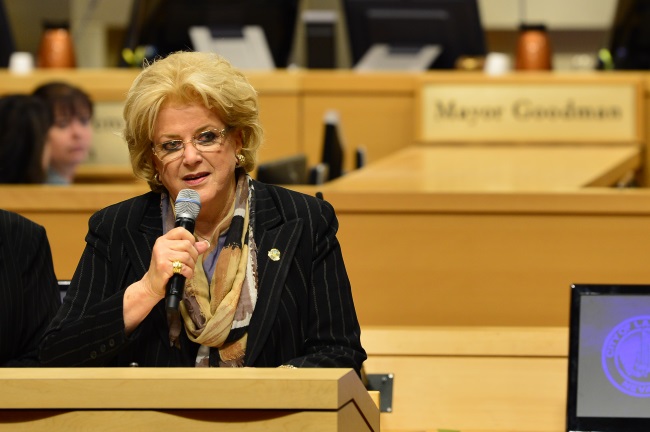 Las Vegas Mayor Carolyn Goodman is every news anchor’s biggest nightmare. She’s the type of fuel that causes the fire of decent conversation to rage completely out of control and into the realm of the positively barbaric, something CNN host Anderson Cooper will in all likelihood attest to with a completely clear conscience following what was supposed to be an informative Wednesday interview. What started out cookies and cream soon erupted into a full-on grill of a superbly insistent and stupidly hard-headed Goodman about her bizarre and seriously irresponsible belief that since there are each year tens of airborne dangers doing the rounds, infecting innocent victims as they go, the city may just as well cast all caution into the wind and launch into a full-scale re-opening of all businesses.

But Goodman wants all of the perks with none of the responsibility. Hers is the age-old classic American gospel of passing the buck, which was evident from her response to Cooper’s question as to how she planned on controlling physical proximity in crowded casinos, restaurants and street-corner pubs and bars. To Goodman’s mind, public safety belongs in the hands of by-now desperate business owners – not in the hands of governments, and most definitely not in hers.

Only A Matter Of Time

Goodman, who might as well have come right out and all the way into the open with the fact that she glaringly obviously believes that since people are going to die one day in anyway, the timeframe really isn’t relevant, not too long ago referred to a survival of the fittest plan of sorts, which of course had many piping hot under the collar.

What makes Goodman’s variety of annoyance to be a particularly deadly brand of ignorance is her near-psychotic calm and casual demeanor at a time when humanity desperately needs viable solutions to a critically serious and potentially deadly conundrum. And its perhaps this casually cold approach that tends to really irk and get under the skin of any rational and reasonable human being with even as little as an ounce of compassion for others.

Cooper at one point in the rapidly-heading-south conversation tried to get Goodman to see at least part of the other side of the story by attempting to explain his point of view with the help of a chart compiled throughout the course of a Chinese study on how a human health airborne disaster typically spreads within a typical restaurant. But the usually-cool-and-collected anchor had barely even started to show the chart to a despondently disinterested Goodman before the Las Vegas Mayor promptly shot it down by pointing out that this was Vegas they were talking about and not China.

Goodman isn’t at all unlike the variety of person who upon having realised that an argument has slipped away beyond the point of being salvageable, takes to correcting his or her opponent’s grammar or pronunciation instead. The last resort of the ironically idiotic is the style Carolyn Goodman appears to prefer best.

How old is Carolyn Goodman?

When did Goodman become the mayor of Las Vegas?

No. She’s the second.

Does Carolyn Goodman have any children?

Yes – her and husband Oscar have 4 children and 6 grandchildren.

Are YOU Canada’s NEXT big winner? Play at an ONLINE CASINO and find out.