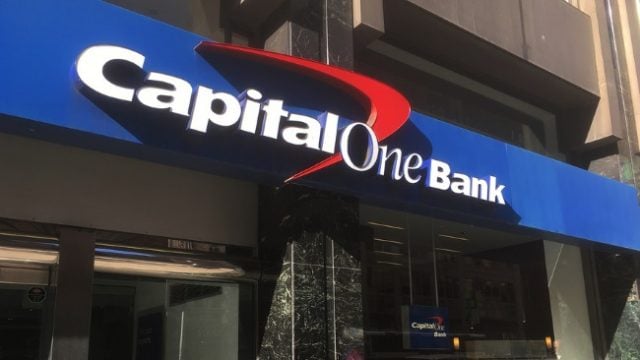 The fact that data is the new oil when talking big-value commodities should by this point in time no longer come as a surprise. When the revelation came that yet another financial services big-corp had fallen victim to a big-scale hack involving the personal and financial data of more than 100 million of its customers, consumers didn’t react shocked or surprised. Instead, the internet reacted along the lines of having wondered who would be next in anyway because its only ever a matter of time before the next big hack tsunami strikes.

But the fact that Capital One is one of the biggest credit card issuing companies in the world, and even so, was obviously not up to the cyber security challenge, should not be information simply absorbed in our stride. And yet, here we are; perplexed maybe; but surprised? Not at all.

Human Nature Is The Real Problem

Cyber security experts estimate that most of us have at some point had our data hacked, with the only difference being awareness. Some of us are aware of the fact that its happened and others are not.

But lest we go full-on tech conspiracy theory on the entire deal, it must be reiterated that it always comes down to the human factor. Somewhere along the line, the opportunity to exploit either for the sake of making money or for the sake of simple revenge can always be found to have reared its ugly head. And in the case of Capital One, it could very well be either, or even a combination of the two, because this time round, Dr. Evil turned out to be an ex-Amazon Web Services employee. Capital One has since revealed that financial data belonging to at least 6 million Canadians had been part and parcel of the loot.

Biggest But Not The First

Even though the Capital One hack may be the biggest of its kind, its not the first; and unfortunately so, not by a long shot. US big retailer Target in 2013 fell victim to a similar breach. At the time, Target revealed that the credit card data of at least 70 million of its customers had been accessed and stolen.

More recently, it was the Marriott Hotel group’s turn to draw the shortest straw. What made the hotel chain’s scenario to be extra shocking was the fact that this was a breach that dated back years, and all the way back to 2014.

But what to do? The reality is that there isn’t much you can do. Or as cyber security journalist Brian Krebs puts it, best you work from the assumption that your data is out there somewhere, because the reality is that it probably is.

Big wins are waiting for YOU online! Play at Canada’s TOP casinos now.