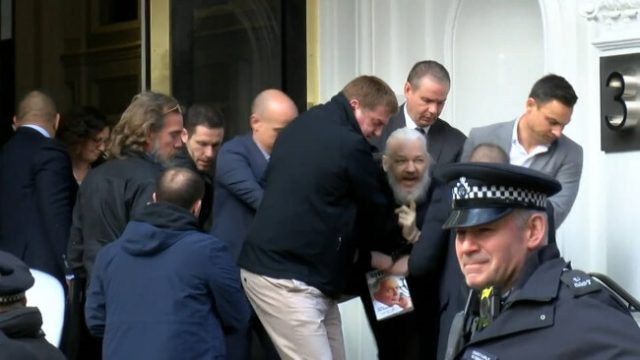 Some have preferred to vilify the man as well as his actions; others consider his arrest as a direct blow to freedom of press. Love him or hate him, WikiLeaks founder Julian Assange remains a prominent figure that cannot be ignored. Assange’s recent extradition ad subsequent London arrest has led to his having been formally charged with attempting to gain access to highly confidential information stored on a computer belonging to the United States government.

But despite Assange’s actions, and whatever his real motives for having attempted to access classified information, the man behind WikiLeaks has inadvertently provided the world with in-depth information regarding some of Canada’s own clandestine movements on the international playing field.

Read More…Living Healthy – Look For What Works For You

Despite the Canadian government’s firm insistence that it had no intention of being of any aid to the US with regards to its plans to invade Iraq, a leaked Memo written by a high-ranking Canadian military official, proves exactly the opposite. The controversial Memo was delivered to investigative news agency CBC News.

The classified document details how Ottawa served as the official meeting place for Canadian, American and British diplomats on the exact same day that the Canadian prime minister at the time, namely Jean Cretien, made a grand public ado of Canada’s refusal to join the 2003 US invasion of the controversial middle-eastern country.

The Memo did not mince words about the fact that Canada’s public refusal to join in on US Iraqi operations was all smoke and mirrors in the interest of saving face both politically and domestically. The reality was that Canada, according to the exact wording of the document, planned to offer help wherever it was needed, within military margins, albeit covertly.

Bomb Threatens To Rock The Cart

CBC News also learned of a plot involving a bomb that was supposedly going to be executed by an unnamed man associated with none other than Osama Bin Laden. An anonymous letter, written in French, had been addressed to the RCMP towards the end of 2004. The letter provided details of a planned bomb attack on the Montreal Metro as well as the US Embassy in Canada.

At the time, the US Embassy ordered a security lock-down on all US-affiliated operations in the country. Despite the fact that bomb threats of a like nature were quite common, officials were apparently concerned because the fact that the threat specifically made mention of the US Embassy was the first of its kind.

These are just some examples of the top-secret information made public by Assange’s operations, and there are without a doubt many more where these came from; whether made public or not.

Many are of the opinion that Assange should be recognised as a national hero instead of being prosecuted for seeking out and revealing the truth.

Ready to play the BEST table games? Sign up at a Canadian-friendly casino ONLINE!