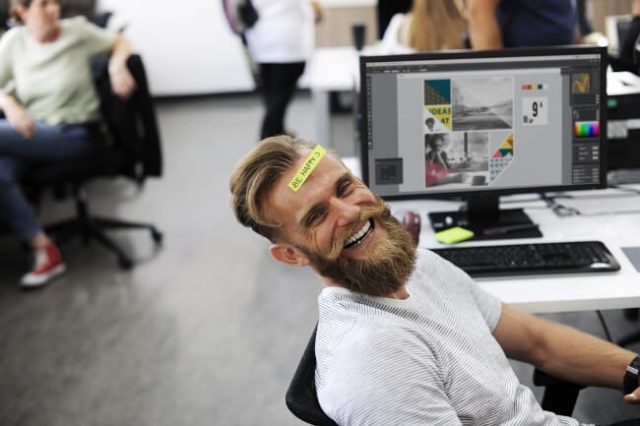 Happiness may come mainly from within, but as it turns out, and if a recent broad-based online survey is to be believed; it is after all still affected by certain external factors. Age, reveals the survey, is a biggie. According to survey participants, 55 years old is a definite happiness sweet spot, and interestingly enough, even older than 55 too.  There are strong indications that this may be because people aged 55 are often less prone to financial worries, typically falling into a higher income bracket than the run-of-the-mill 25-year-old.

But with that having been said, the majority of the survey’s participants appeared to agree about a single important truth: money doesn’t have much at all to do with true happiness and feelings of contentment.

Geography appears to carry a lot of weight on the happiness scale. Residents of Quebec, for example, reported being on average between 15% and 20% happier and more at ease with the world than did those living in Ontario. According to Dave Scholz, who is the President of Communications of Leger, the company responsible for having conducted the happiness-survey, the fact that regional location has a major impact on the happiness of many is not at all surprising.

His answer ties in directly that the most influential factors that have a direct and intense impact on happiness, are a general sense of freedom and also the conviction that you are living the life that you had always imagined (most likely from a young age). People living in Quebec generally tend to have more positive outlook on life, and are not glancing over their shoulders for signs of concealed physical danger quite as often as do those living in Ontario. The sensation of “freedom” comes strongly in to play here. Living in a high-rise building in a cramped compartment is hardly ever what anyone would dream of “becoming one day”, and so this too, doesn’t exactly satisfy our most basic happiness-needs.

What Brings It All Together

Human connection is a golden thread running through all of humanity as a supreme type of happiness-glue. This will never change because we are primarily wired to from social connections. Those who share a house or an apartment with others reported feeling a great deal happier and at ease than those who live alone.

To summarise then, it appears as if happiness is all about the freedom to dream big and the sensation of having grown into one’s purpose, and most important of all, someone with whom to share the happy contentment.