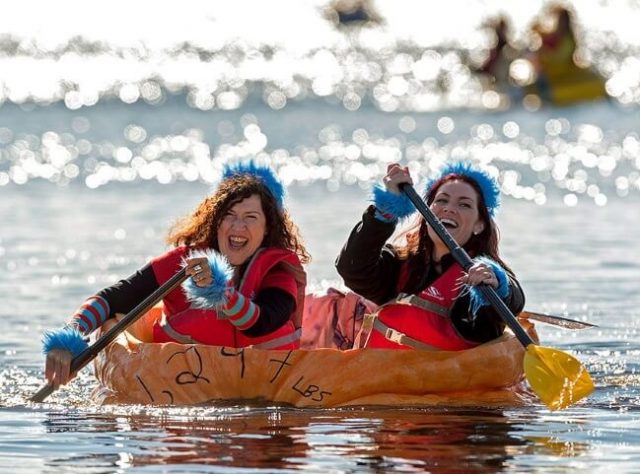 Love them or hate them, ever country has them; and so does Canada: tourist attractions that border on the absolutely bizarre. The only thing, or so its dictated by popular opinion at least, necessary to really grow a healthy measure of appreciation for the weird and wacky, is a supreme sense of humour. From British Columbia’s tallest tree house to the eerie mental hospital at Coquitlam; which incidentally has now been turned into a filming spot; Canada has it all. It’s weird and its wacky and tourists just love the country for it. Talk about giving new meaning to “different strokes for different folks”.

Some may be slightly more off the charts than others, but if anything is for sure, then it’s the fact that human nature’s appreciation of everything just a little bit out of whack reveals as much about us as what it does about the things that we find entertaining.

Well, since we’re aware that we had you at “mental hospital”, Riverview Mental Hospital in British Columbia may be as good a place as any to start. The hospital has been in existence since 1903 and over the years became home to many suffering from a variety of mental inflictions. Perhaps it’s the knowledge that we’re all just varying degrees away from questioning our own sanity that makes defunct mental institutions so interesting to us.

But whatever the reason behind our obsession with the mentally insane, Riverview offers much in the way of offbeat entertainment. No access is granted in terms of accessing the actual building itself, but visitors are allowed to snoop around outside.

Let that be enough.

This isn’t code for something other than exactly what the name suggests: a regatta that makes use of hollowed-out pumpkins as the vehicles of choice. It all goes down in orange pumpkin-née fashion in Windsor, Nova Scotia, and it’s a regular instalment on the annual entertainment calendar. It’s a proper water race with the only difference being that instead of boats, people paddle it out in hollowed-out pumpkins.

It turns out that a tower isn’t just a tower, especially not when you’re all strapped up (for safety’s sake) and ready to embark on a walk that will have any adrenaline junkie begging for more. A company by the name of EdgeWalk would be more than willing to take you for a walkabout on top and around the top-edge of Toronto’s CN Tower; if that is indeed the kind of nail-biting, adrenaline-pumping affair you’re generally after.