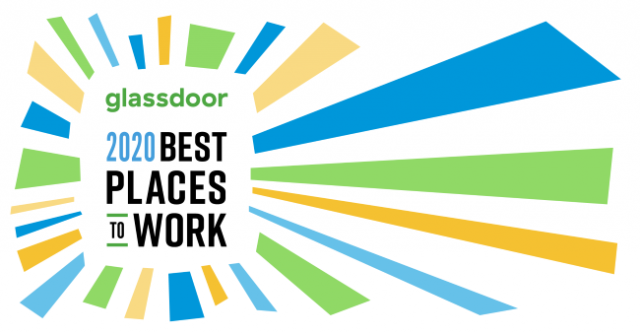 At the end of each year, career website Glassdoor lets the cat out the bag about which companies are the best ones to work for, as nominated by the folks who actually work or used to work for those businesses. The fact that global tech-giant Microsoft came out on top wasn’t a surprise, given that corporation has managed to feature somewhere near the top of the list for the past 4 years in a row.

The feedback offered by Canadians suggests that what employees value most of all about an employer is that employer’s ability to create a culture of not only corporate growth, but also personal growth within the workplace. Glassdoor CEO Christian Sutherland-Wong also happened to point out that this year marks a definite shift towards a “culture first” decade taking hold in the workplace. In addition to the promotion of culture and career- as well as personal growth, this year’s A-listers stood out for being completely transparent as far as owner-manager-employee relationships go as well as creating a certain purpose within a company’s innermost structure, continued Sutherland-Wong.

The list is each year created by employees who voluntarily and anonymously rank their companies by making use of a points system – 5.0 being the highest (indicating a rate of exceptionally satisfied), and 1.0 being on the lowest end of the job satisfaction spectrum (i.e. “very” dissatisfied).

Microsoft not only topped the list the best companies to work for heading into 2020, but also stood out as having been the only employer in Canada to score 4.5 on the points list. The businesses occupying numbers 2 through 5 on the list each scored 4.4, whereas those ranked at positions 6 through 16 managed to tally a points ranking of 4.3.

Glassdoor’s Top 10 Employers to work for in Canada in 2020 have been voted as follows:

A Culture Of Learning

People are eager to learn, wrote an anonymous Calgary-based Microsoft field engineer, and Microsoft recognises the need to promote the desire to learn and to grow and develop in its employees. Some other Microsoft employees were particularly impressed by having had the opportunity to pursue additional challenges while travelling for work, and some others yet referred to what they described as “incredible” compensation.