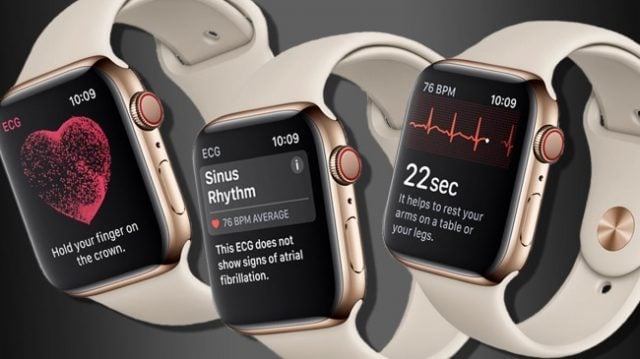 Apple smart watch owners in Canada will eventually; and supposedly soon; be joining the tech giant’s heart health revolution. Apple’s heart health app is geared to track Electro Cardio Gram (ECG) signals, as well as to alert wearers of Series 4 smart watches (and upwards) of any heart rhythm irregularities. Up until very recently, Canada has been ominously silent on the matter of granting the necessary permissions in terms of allowing the ECG track function into the country.

Following a flurry of social media speculations over the course of the past two weeks, Apple has now issued a public statement confirming that the heart health feature will be coming to Canada “as soon as possible”, thereby hinting at the fact that the necessary permissions by Health Canada may be nearing finalisation.

The tech giant refrained from connecting a time frame as to the exact “when” of the matter.

Each Country Must Decide

At the time of the initial introduction of the feature during September of last year, Apple had declared the functionality approved on US soil, but had stated quite categorically that more countries would follow only once regulatory approvals were in place.

A representative of Health Canada has confirmed the conditional approval of the feature in the country, but added that any queries regarding a possible release date would have to be referred to the manufacturer (i.e. Apple). Someone with intimate knowledge about Apple’s software has in the interim revealed that the feature has already been approved but would be activated only once the next smart watch update was released by Apple. No further information with regards to a possible date in respect of the smart watch update has since been volunteered by any of the parties involved.

The ECG app was received without too much drama in the United States, but some other countries have voiced concerns about exactly how reliable the feature would be. It has been pointed out that in the event of any errors, users may find themselves in a state of anxiety or even panic flowing from the assumption that something was amiss with the state of their heart-health. Apple has since offered assurance that it would diligently provide software updates so as to ensure that the feature continues to function at optimal capacity.