Why Buttigieg Meant More Than A Campaign 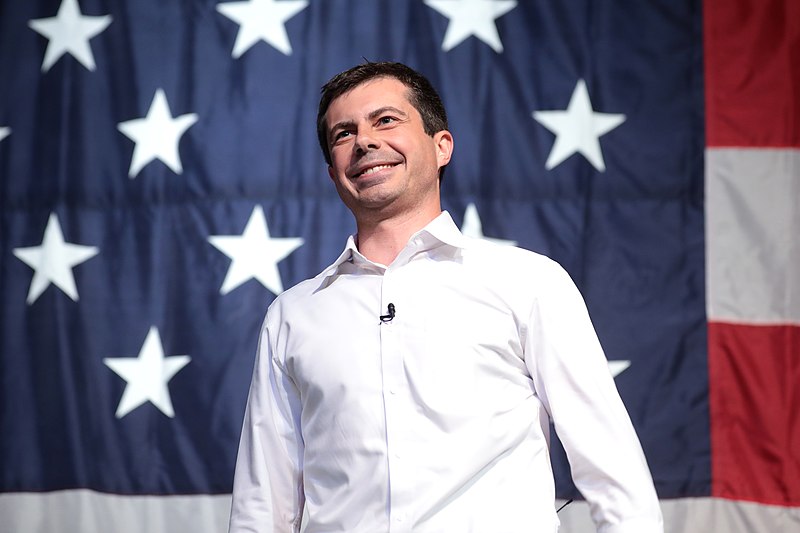 Pete Buttigieg may no longer be part of the current presidential campaign, but what the man many had hoped would become the first gay president of the most powerful country in the world did, far outweighed running for the next US leader. Husband Chasten Buttigieg perhaps said it best during his address in front of a South Bend audience earlier on during the week. He spoke of how when his husband had first run the idea of running for president by him, he had laughed. And after that, he had started to reflect on what it was that Pete Buttigieg meant to him; and had ultimately changed in him.

Similar News...  Joe Biden Does A Double On Super Tuesday

Chasten Buttigieg spoke of everything else but of the election campaign and silence fell as the crowd listened to every word as if it were bread in a time of hunger. He spoke of how husband Pete had gotten him to a place of having “fallen in love” with himself again. And this more than anything was what had eventually convinced him that his husband simply had to embark on his planned presidential run: Chasten Buttigieg knew that there were countless others out there; each in need of that special Pete Buttigieg magic; each in need of finding reasons to fall in love with their own humanity all over again.

And then, as if it were in fact not the first time ever, Chasten Buttigieg kissed his husband and the two together ended Pete’s presidential campaign.

A Show Of Strength & Compassion

What transpired between Pete Buttigieg and his husband not only on stage but also all throughout the campaign certainly spoke volumes about the current levels of acceptance of the LGBTQ community in the United States. A culture of acceptance and of humanity most certainly has gained a strong foothold in recent years, but most will agree that the country isn’t yet where it needs to be.

It had also right from the start of Buttigieg’s campaign been his sexuality, more than almost anything else, that had set him apart from the rest of the presidential democratic hopefuls. That, coupled with his faith of course. Buttigieg showed in an unusually sensible way that what is generally considered an alternative approach to sexuality can in fact be aligned with what is taught in Scripture.

He appeared at a CNN town hall in 2019 and addressed both, as well as a reconciliatory stance between the two, with utmost confidence. He furthermore did not at all shy away from taking on Mike Pence about Pence’s own points of view on same-sex marriage. Pete Buttigieg’s magic, it soon became evident, was directly tied to his knowledge not only of who he is as a man and democrat, but also his identity as a person of faith and a Christian believer.

But the people most surprised by Buttigieg’s seemingly unwavering confidence were quite surprisingly, gay people. One supporter pointed out rather poignantly that since same-sex marriage had only been legalised relatively recently, Buttigieg running for president is just about as big a leap forward as what it gets.

It’s one thing to finally be recognised as an active and worthy citizen with a role to play in every aspect of life, but after all, another thing altogether for a gay man to run for president of the United States.

Be a WINNER with casino games ONLINE! Play YOUR favourites now.