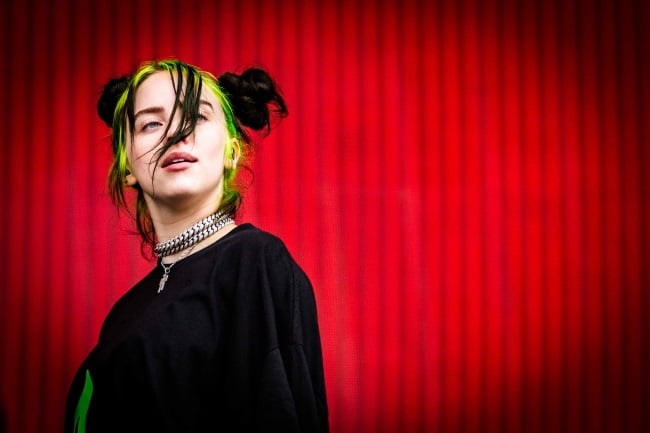 Billie Eilish is 18 years old. Let this statement sink in for a moment within the context of what has transpired over the internet’s airwaves over the course of the last couple of days. Let it first up not be said that the No Time to Die singer hasn’t done everything right and nothing wrong in her career so far. She may be a teenager but in the limited space of only 3 years, Billie Eilish has become one of the most-streamed artists in the world.

And yet, the fact that she wears clothing that’s not too tight and has never deemed her own body to be a money-making commodity, assuming dominance over her art and her truly authentic voice, has become a topic hotter than conversational hell. For one shallow, haunting and exceptionally telling of the state of the world as we know it at present reason: Billie Eilish isn’t willing to sell her body in order to make money.

The Video That Started It

Eilish has never; not once; shown her body or even provocative parts of her body in an attempt to make it big or make money, with the order being very much irrelevant. But what the previous statement may very well just as easily imply is that Billie Eilish isn’t considered “enough” because of it.

And so when the young artist recently showed a video clip of her removing her top whilst sinking into a pool of dark water in between songs performed on her current world tour, what ensued in terms of reactions by various sectors of the media, proved that the message that Eilish had wanted to convey via the short video, is in fact one the world needs to hear. Desperately.

Misgivings About The Focus

Eilish’s removal of her top isn’t all that happens in the scene in the video clip. Not only does she remove her shirt whilst sinking into the water, but she also tries to convey a message of how the female body is constantly objectified. Eilish poses various near-rhetorical questions to the anonymous viewer of the video; questions in the line of “Would you like me to be smaller?” and “Do my shoulders provoke you?”.

What proved exceptionally poignant and very significant to the very core of the message that the artist is trying to get over to the audience is an article ran by the Sun only hours after the music video was first aired.  The newspaper reports not on the world tour or even on the fact that Eilish has a message to convey about the value of the female body, but opts instead to go with a statement like “Eilish strips down to her bra” and worst of all, writing it all under the story title, Thrilly Eilish.

The Significance Of A Statement

That Eilish is speaking out about the issues facing women today, all women – not only those trying to make their marks in the entertainment industry – is regarded as major progress. She obviously feels comfortable enough in her own skin as well as in the context of her being a female artist, that she’s willing to literally put herself smack-bang in the line of fire and extreme criticism.

And perhaps this is exactly how the Harvey Weinsteins and the Bob Hewitts of the world will eventually be completely beat; brave women no longer afraid to stand up for themselves and how they choose to live their lives.