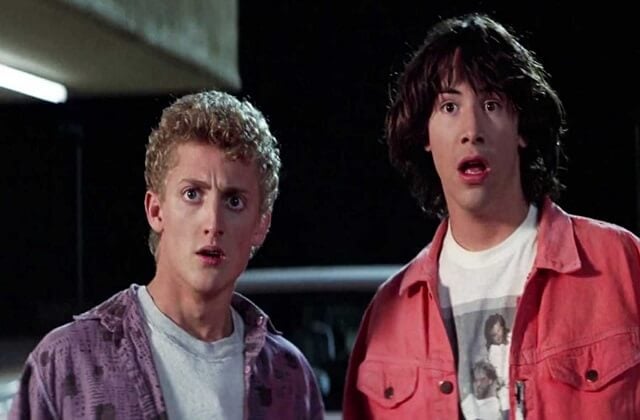 Graduates of California’s Sam Dimas High School enjoyed quite the graduation send-off. Even though students had to this year make peace with a virtual graduation, they’ll always be able to tell of how they were wished well on their future ways by none other than Keanu Reeves and Alex Winter, aka Bill and Ted, telling them to “be excellent to one another” and, of course, to party on!

This year, Sam Dimas High School is celebrating its 50th anniversary, and the school was, according to school secretary Kim Lowary, trying to come up with celebration ideas given current restrictions on large gatherings. Lowary tells of how she knew that the third movie in the Bill and Ted franchise, namely “Bill and Ted Face the Music” is currently in the making and due for release in the summer. Since the school continues to share an amicable relationship with the franchise, Lowary came up with the idea to reach out to Alex Winter over Twitter and ask whether the comedic pair would be willing to do something for the students.

Winter had apparently immediately responded to Lowary’s Twitter message and soon, she was put in touch with the Bill and Ted publicity team. Never in her wildest dreams did Lowary imagine that everything would come together quite as fast as what it did, but before she knew it, the two actors were 100% on board.

As for whether or not Lowary ever got to speak directly with Reeves, the reply is a regrettable, “I really wish”. But even so, said Lowary, the most important bit was that the two actors were willing to help the school out and that moreover, they were willing and able to come up with something so special so quickly. At the end of the day, Winter and Reeves had made for a very special graduation ceremony for the school’s kids, and that’s what truly matters.

The virtual graduation send-off made by Winter and Reeves can be viewed on Twitter and in the video, the actors can be seen introducing themselves as the “Wyld Stallyns” before wishing the kids well in typical Bill and Ted style.