Why Biking Is Getting a Popularity Boost 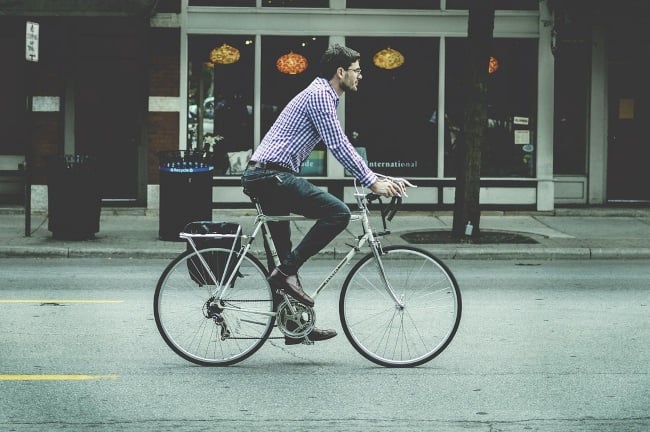 We all, at some point or another, need to move from point A to point B. And since social (physical) distancing guidelines imposed certain limits on the way we get around, there’s no time like the present to do it on a bike.

The fact that it’s no longer advisable to ride on a train or bus jam-packed with fellow passengers has not eradicated our need to move around. And since even taxis and ride-hailing services like Uber have started cutting back on transport services offered, getting around has become even more of a conundrum for many.

But there is a solution after all, and its none other than the humble bicycle.

So prominent a solution has biking about become in big cities like New York, that bike shops have been selling twice the number of bikes typically flogged at this time of the year. Bike repair shops too, have reported a sudden surge in business support. And the new “getting around normal” is extending all the way into local cities like Winnipeg and Calgary, where municipalities have had to close certain lanes for vehicular traffic in order to make way for an influx of new cyclists.

Bike shops and bike repair shops have in the meantime been declared the providers of “essential services” as many local and provincial governments now recognise increase in bike traffic on the country’s roads.

And it’s a change that’s been welcomed by groups promoting cycling and the necessary changes to infrastructure that ensures safe biking about in our cities and towns.

Brian Pincott is the executive director of one of those groups. Vélo Canada Bikes is a concerned citizens’ group that advocates for local city infrastructure to be changed and adapted in such a way that it makes biking to be a great deal safer than what has historically been the case in the country’s metropolitans.

And, says Pincott, making biking safer isn’t only a welcome change during times that require physical distancing, or even for the purpose of physical health and exercise, but also as a means of making cheap transport available to lower-income groups of people. Many folks aren’t able to afford a car or even the cost of daily transport to and from work and other essential services, and to these people, a safe biking inner-city infrastructure makes the world of difference.

And as for those of us who can afford getting around in whichever other way, Pincott is of the opinion that it’s just not possible not to be filled with happiness and joy when getting around on a two-wheeler.

And happiness is what we need right now – perhaps more than anything else. Whatever the size of our monthly pay cheque.

Have fun and WIN big with slots, table games and MORE! Play ONLINE.