Justin And Hailey Go All Out On Big Day 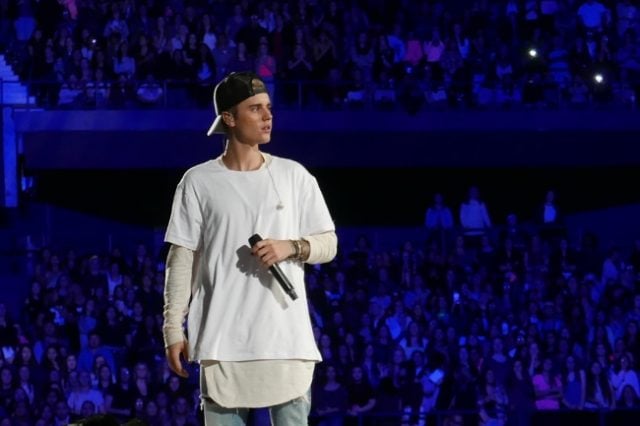 Justin and Hailey Bieber may not have opted in on tying the knot (for the second time round) in the singer’s hometown of Stratford, Ontario, but there was quite the Canadian presence at the South Caroline wedding ceremony yet. Not to mention diamonds fit for a queen and bottles of real French bubbly adorned in Swarovski crystals.

The Bluffton wedding of the century went down on a perfectly ordinary Monday in September and just a little over a year after the couple’s officially courthouse wedding. A wedding ceremony fit for celebrity superstars obviously doesn’t come cheap and at an estimated price tag totalling $660,000, Justin marrying his sweetheart Hailey (nee Baldwin) cost quite the pretty penny too.

Canadian singer Daniel Caesar provided live music entertainment and according to E! delivered quite the performance singing songs like “Best Part” and “We Find Love/Blessed” for the loving couple to dance to.

Caesar was one of many Canadians in attendance including the wife of the singer’s manager. Scooter Braun’s beautiful wife Yael Cohen Braun posted a photo of herself and Hailey on Instagram and captioned the image with a heartfelt “inside and out, you are magic”. The Canadian also said that it was a really good job that she was already married, as it would be impossible to find a more perfect bride than Hailey on her and Justin’s big day.

Love Long In The Making

Justin first met Hailey when they were in their early teens. Justin was 15 years old at the time and Hailey 13. None other than Hailey’s famous father Stephen introduced them to one another when they both happened to be backstage at The Today Show.

It had been a long-time dream of Hailey’s to meet Justin and the two quickly became friends. The singer during the run-up to the big wedding day posted various photos of himself and Hailey back when they had just met.

The superstar singer really seems to have “got it together” since having Hailey in his life in such an intimate way. He has since their having announced their relationship as being official and exclusive for the first time ever opened up about the many challenges faced by young celebrity superstars, years of drug abuse and depression, as well as about his volatile relationship with his parents.

Live it up with slots, Blackjack, Roulette and MORE! Play at an ONLINE casino now.