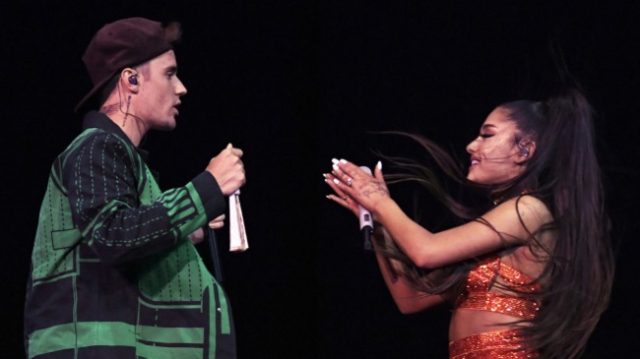 It may not have been planned, and one performance of a single song may not seem like much of a big deal to most, but to Justin Bieber’s fans it was the stuff that magic is made of. Bieber recently made a surprise appearance on stage with Ariana Grande during the closing night of the Coachella Festival in California. The pair performed Bieber’s Sorry and had fans literally gushing over the prospects of the promise of a new album.

Bieber announced about a month ago that he would be taking an indefinite break from his music career; a revelation that left Beliebers stunned and extremely disappointed. The Canadian star had not performed live on stage since the summer of 2017, when he managed to complete his Purpose world tour only in part. He had ended up cancelling quite a number of sold-out performances, including two in his hometown of Toronto.

On stage with Grande, Bieber announced to the audience that he had attended the show not knowing whether he would actually perform or not. It had apparently been a spur-of-the-moment thing, prompted by him finally feeling ready, for the first time in two years, to sing live.

Bieber addressed the audience in an open manner, explaining that his appearance had been impromptu and unrehearsed. The idol did not have much to be concerned about though, as fans soon took to social media to rave about his brief return. Plus, there was another announcement made by the Canadian singer that got fans talking. As he was leaving the stage the Love Yourself singer hinted that a new album would be released sometime in the near future.

But why the break from music? According to Bieber he has been struggling with mental health issues for quite some time and needed time away from the limelight in order to properly address his problems. He also said that he needed the time off to re-build relationships with his family, after having supposedly suffered from depression and extreme exhaustion.

The music idol spoke freely about the challenges in his life in a lengthy post in Instagram and explained that even though music was a very important part of his life, his health and family came first. Time away, according to Bieber, was the answer in order to dedicate all of this attention towards recovery and restored family relationships. Plus, he recently married Hailey Baldwin, so he is taking some time to adjust to being a newly wed!