Why Intentions Are The New Goals 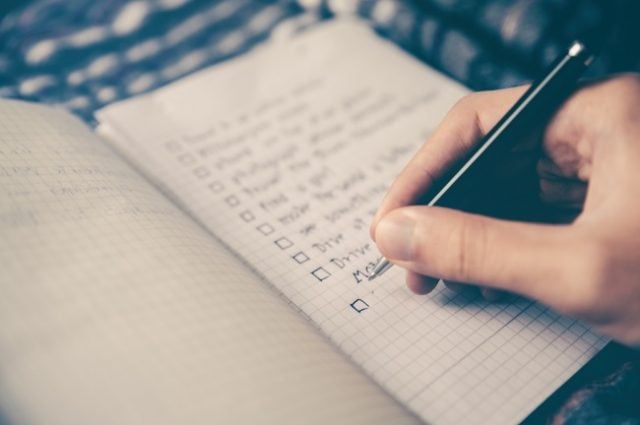 It was South Africa’s Desmond Tutu who famously quoted 1921 Detroit Superintendent of Schools Frank Cody when he said, “there is only one way to eat an elephant: one bite at a time”. Cody during his original letting loose of the proverbial wisdom even more famously added that its impossible to swallow it all at once as one would have to “reject the ivory, in any event”. The truth ties in quite nicely with a habit that has become known as “intention setting”, not to be confused with that old foe and epic fail called goal setting or resolution setting at the start of each new year.

Intention setting; bless its humble and manageable soul; is a more ongoing process all throughout the year and involves writing down a single intention for one’s self for a particular day or week or month in time. In fact, the shorter the amount of time practically applicable to whatever that intention may be, is best. The very idea is perfectly compatible with the “now” instead of the “maybe some day” and is focused on reflecting on who you are as a person at the moment and to reflect on current passions and values, as opposed to the “you” of the future.

Taking Kind Care Of The Self

Intention setting revolves around smaller acts of kindness to self. It is in a way more forgiving; more understanding and empathetic even; that what at-times harsh goal setting traditionally embodies at its core. In many ways, intention setting is about positive reinforcements as opposed to military-style life goals. An example of how the two styles differ would be goal-setting being, “I want to find a significant other”, as opposed to intention setting’s more positive and also more descriptive, “I attract partners who treat me in a dignified way and who hold me in high esteem”.

In a nutshell however, there aren’t any rigid rules to dictate the practise of intention setting. However, there are ways to go about the business of formulating our intentions that are more effective than some others.

Important Rule: Write It Down

The first rule of thumb is that of the written-down intention being clear, to the point and with a healthy dash of inspiration drizzled over the top for good measure. Writing it down is the first point of order. According to psychologist Andrea Gottlieb, folks come up with a list of good intentions in their heads all the time, but that the secret to actually following through is to write those intentions down onto paper.

And let it be said that the benefits of going through the (small) effort of writing it down and then following through are many. Some of these include accountability, self-discovery in a practical “getting to know yourself” kind of way, and perhaps most significantly of all, the reinforcement and in some instances even discovery, of one’s own potential.

And so finally in closing: Write. It. Down. It will help you to “discard the ivory”, i.e. the blubbering side-noise, in anyway.