Behind The Wheel of a Tesla Model S 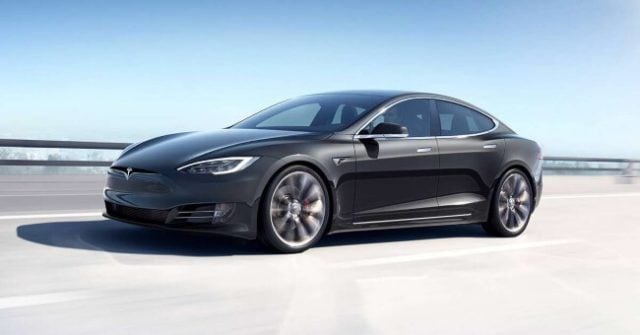 When delivery starts to exceed production, it can either be very good or extremely bad. When talking Tesla it’s a little bit of both. According to sales figures, the company delivered a total of 33,000 Model 3s to the US and Canadian automotive markets in the months of March and April and roughly the same number during the month of June. The number of vehicles delivered during March, April and June alone already outnumbers the number of Model 3s manufactured during the first quarter of the year. And really, much of the same has been happening with the Model S.

Wall Street analysts have by their own admission struggling to make sense of the math. What was initially understood to be an outer reflection of a deeper-lying problem is now, at least by some, understood to instead being a problem of a higher demand than what the company’s chain of production can handle.

It’s at this point that one feels the need to return to the bottom-line: Tesla makes electric vehicles. The general consensus is that not only are they luxuriously priced; especially when considering what you’re really paying for; sluggishly slow and a lot of effort to keep going, what with re-charge points not yet being quite as readily available as good old gas stations.

When test-driving a Tesla; any model for that matter; and in our case it’s a classic Model S, the first thought that comes to mind is that its more similar to driving any other car than what one would normally expect. Then there’s the matter about the noise; or rather, the lack thereof. As in, “but is the car even on?”.

Once you’ve figured out that the car has actually sensed that its master (read: you) is now in the hot seat, holding its key, and has considered it befitting to go on ahead and fire itself up, the next step is to make peace with the fact that changing gears is achieved on a fitted device closely resembling an iPad.

Rumour Didn’t Have It

The “off we finally go” bit isn’t quite as slow-mo as what the rumours tend to suggest. In fact, putting down your foot delivers pretty much the same result, as would a car by any other respected name. Tesla did after all recently beat the hell out of an existing Motor Trend acceleration record.

Expansion into all 4 corners of Canada was obviously high on Tesla’s list as there are now at least three dealerships in Toronto and eight in total in the country. Not bad going for something that one could not help but imagine to sound a bit like a 2-stroke grass-mower.

Which, by the way, it doesn’t.