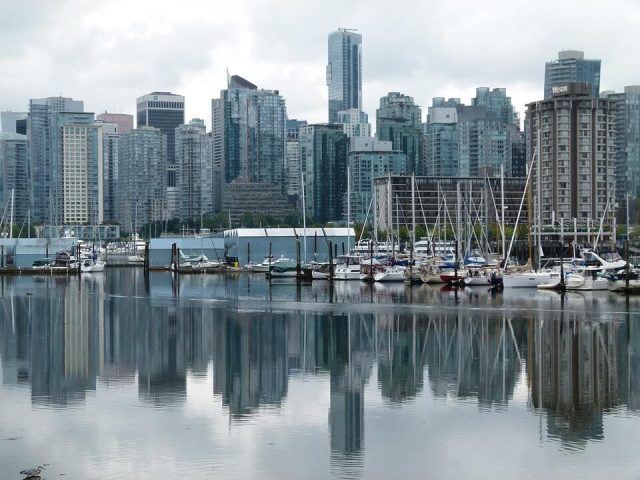 The Vancouver Aquarium’s research division is beginning to ring its warning bells about the future of British Columbia’s coasts and oceans. Researchers are saying that the current plans in place to deal with climate change and other human-fuelled disasters are still falling very short when compared to what is actually needed.

A new report published by the Coastal Ocean Research Institute has taken a closer look at the state of BC’s ocean waters. It found that sea levels appear to be rising higher and faster than even previous models predicted, while surface temperatures are also growing ever higher, powering other climate-related phenomena in their wake.

The report has suggested that, regardless of anecdotal reports that say that some species of sea stars are now recovering from a catastrophic wasting disease, these essential sea creatures have also shown no tangible signs of bouncing back.

READ MORE: 50% of Canadians Keen To Cut Down On Meat

According to this report, titled ‘Ocean Watch: BC Coast Edition’, the impacts of human activities are extending far beyond our population centers. Its authors say that plastic and other trash is making its way to remote seas and beaches, while sea star diseases are still mystifying scientists. Reportedly, increasing underwater noise from ships and boats are also making it harder for whales to track down food. The ecological impacts of ocean warming and sea level rises, the report says, have ‘no boundaries’.

The research report has paired the Research Institute’s latest findings with other aquarium-linked initiatives, along with other scientific findings from across the globe. With all that said, there is a silver lining in the report too – including growing public interest in sustainable seafood purchases and citizen science.

However, the overall message therein is that BC’s coastal waters are becoming increasingly compromised. It has also warned that the plans to protect coastal populations from the effects of climate change need to be improved in the face of the new research. The BC government has planned for a 0.5 meter sea level rise by 2050, and approximately 1 meter by 2100, but new facts are suggesting that this may not be sufficient.

In fact, according to last year’s estimates from the US National Oceanic and Atmospheric Administration, global sea levels could rise as much as 2.5 metres by the end of the 21st century. The primary driver of this concerning trend is rising temperatures due to climate change, with seas on the west coast growing warmer by 0.1 degrees Celsius every decade.

Meantime, Canada’s ailing sea star species have still not started to recover from an unknown wasting condition that prompted huge die-offs in 2013 onwards. Scientists are warning that the die-off could have devastating effects on the ocean ecosystem, ultimately leading to a sharp decline in biodiversity over time.