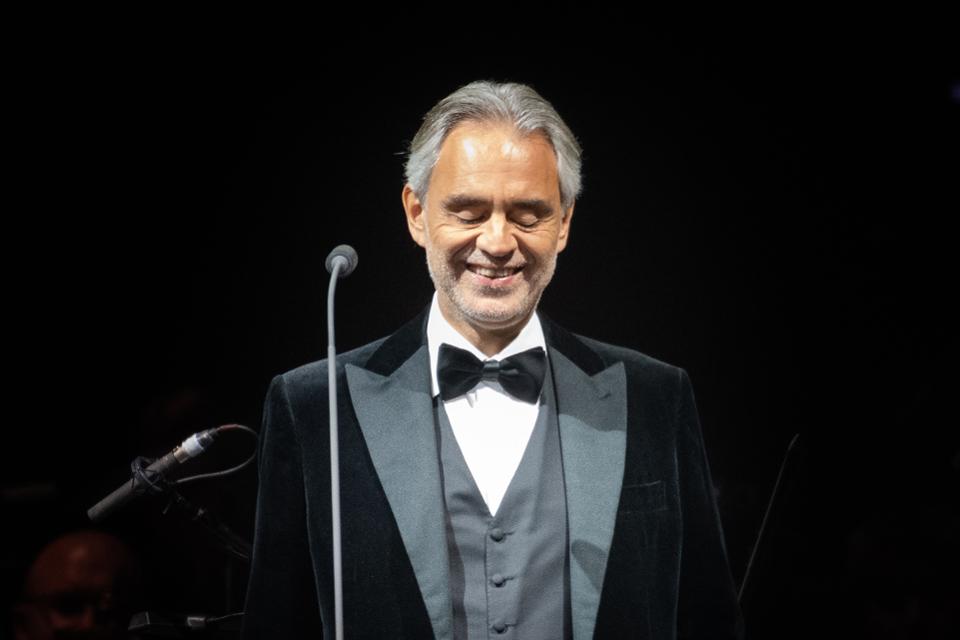 On Easter Sunday, beloved opera tenor Andrea Bocelli performed the type of concert - or “prayer”, according to the singer - that most of us will only witness once in our lifetime. His Music for Hope concert was first broadcast on the singer’s YouTube channel, and has since its premiere attracted more than 26 million views world-wide. His performance was free of charge and took place in front of hundreds of empty seats at the Duomo of Milan. It was, according to Universal Studios, performed free of charge in honour of the hundreds of thousands of people who weren’t able to attend church over Easter weekend, the most important weekend on the Christian faith’s calendar.

But Bocelli described his “prayer” as much more than a concert, saying that he will forever cherish the range of emotions awoken in his spirit throughout the eerie but at the same time highly emotional rendition of the songs chosen for the special show. The singer described the experience as a sensation of being at the same time alone in the presence of the Most High, as well as in the spirit at least, voicing the shared prayer of a million voices. He now finds himself once again indebted to life and deeply aware that love is a gift and the true one purpose of life.

A Thank You To Many

The singer also extended his gratitude to all the people and institutions who had made it all possible, including of course the Duomo cathedral and the City of Milan. He then extended a special word of appreciation to everyone who had joined in on what he described as a “planetary embrace”, and a gathering of all of Heaven’s blessings – blessings that bestow upon all of humankind courage, optimism and certainty of faith.

What made the performance even more poignant and powerful even, is the fact that the Duomo is located in the region of Lombardy, which is of course right at the epicentre of the virus outbreak in Italy. The cathedral church is currently still closed to the general public.

Bocelli arranged the songs performed by himself and even crafted special versions and renditions of some of the music in honour of the special musical prayer. He included in his arrangement compositions such as Ave Maria, Sancta Maria, and perhaps most well-received and moving of all, Amazing Grace. The last-mentioned was performed as a closing arrangement outside of the cathedral, overlooking a beautiful Milan plain.

Many have since viewing the special concert reacted to the moving music performed by Bocelli and only one other, namely cathedral organist, Emanuele Vianelli. Actor Hugh Jackman shared an image of the tenor singing on Twitter, thanking the 61-year-old tenor for the tremendous gift, and a gift described by the Hollywood actor as exactly what we needed. Hackman closed off his social media post with #amazinggrace #happyeaster.

The opera star has been blind since the age of 12, but has enjoyed a truly full and successful career despite his affliction. He has also been ploughing back in the global community in other ways, and mainly via his GoFundMe fundraiser launched by the Andrea Bocelli Foundation. The fund has been focused on providing emergency treatment equipment to hospitals in need at this time.

When did Andrea Bocelli go blind?

Where did Andrea Bocelli perform his Music for Hope concert?

In the Duomo cathedral in Milan.

What was significant about Bocelli performing at the Duomo?

The cathedral is in Lombardy, Italy, which has been hugely hit by the devastating effects of the disease.

How could people watch the Music for Hope concert?

The concert was live streamed on Andrea Bocelli’s YouTube channel on Easter Sunday.

How many people watched the Concert for Hope?

The video has had more than 26 million views world-wide.