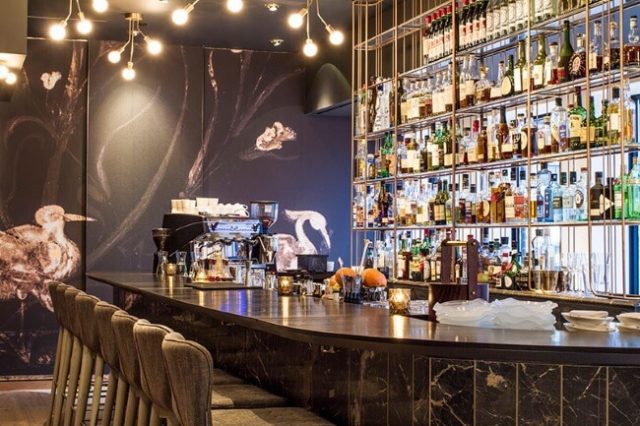 Good food breeds more good food, and by default; according to magazine editor Jacob Richler; attracts money, people, and the world’s top chefs. According to the latest Top 100 Canadian restaurants list, Montreal and Toronto are home to just about the finest culinary venues in the country. In fact, Toronto’s Alo has yet again made it all the way to the top of the list; with its prime French cuisine a firm favourite among tourists as well as locals.

Between the two cities, Montreal and Toronto hold down a total of 51 spots; and 25 and 26 respectively, which marks a total improvement of 12 spots on last year’s total of 31 positions on the famous foodie-list. But perhaps most notable and impressive of all is the fact that the two cities occupy 8 out of the top 10 spots.

The list, considered to be one of the top culinary lists of bests in the world, is each year compiled by a 97-strong panel of judges that consists of food writers, chefs, general culinary specialists, restauranteers and more.

Read More…Legal Marijuana Not Raking In the Cash

This year is the third year that Alo tops the coveted list, complimented perfectly by chef Patrick Kriss’s naming as Outstanding Chef of the year. Originally a French restaurant, Alo’s menus have diversified over the years, and today, the restaurant is very much an international cuisine destination. Those who want to take part and have the opportunity of ordering from either their a la carte bar menu or their taste-testing menu, will have to abide by the fact that a reservation made now means that a table is booked some months into the future.

Chef Kriss has since Alo’s initial success opened two more restaurants. Both were opened post-Fall 2017 and both Alo Bar (65) and Aloette (35) made it on to Canada’s latest list of Top 100 restaurants.  The secret to the eateries’ success, according to Kriss, is the fact that the internal culture is one of no restrictions. No regard is paid to sticking to a single way of doing things. Instead, chefs are encouraged to play around and discover what works and what doesn’t.

The secret to chef Patrick Kriss’s success, according to Richler, is the fact that he has never lost focus, which according to the editor, is something that happens to internationally recognised chefs quite frequently.

Richler, who visits Alo a few times a year, says that not even once has he ever been able to find a mistake on a plate. According to the food expert, this is a rare and almost non-existing phenomenon in the competitive world of international restaurants.

Strike it RICH online! Play for a huge jackpot at a top rated casino!