50% of Canadians Keen To Cut Down On Meat 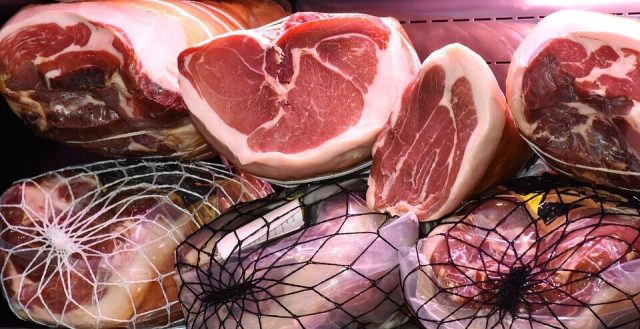 Over the years, study after study has demonstrated that animal agriculture and meat-laden diets are detrimental both to our environments and to us. Canadians seem to be warming to the idea of lowering their meat consumption nowadays, with more than half of the locals surveyed stating that they would be willing to cut down on animal products.

Blue Heron Creamery is just one of the many retailers that has seen this change taking place in real time. Having opened its doors in Vancouver in February and stocking over 25 varieties of vegan cheeses, butters and yoghurts, the store has noted one main group of consumers: educated young women.

However, a new, slightly more surprising demographic has also recently surfaced in the form of older men who have traditionally stuck to mainly carnivorous diets. According to store owner Colin Medhurst, more and more of these middle-aged men have taken a liking to his vegan cheeses, showing interest and curiosity in how they compare to the real thing.

This is a trend that can be seen not only in Vancouver, but in the entirety of Canada as well. This is according to a new study from Dalhousie University, which found that locals’ attitudes towards meat and their consumption of it are rapidly changing.

University researchers surveyed a random sample of over 1,000 Canadians online last month. More than half of the surveyed group revealed that they would be willing to cut down on their consumption of meat, and a third of respondents also said that they would consider doing this over the next six months.

Commenting on the results, professor of food distribution and policy at Dalhousie University and leader of the study Sylvian Charlebois said that Canadians are still very much attached to meat. However, he said, there is a growing number of people who are really rethinking their relationships with animal products.

Charlebois said that the main drivers of this newfound awareness are the impacts of meat on consumers’ budgets and health, as well as the environment and the welfare of animals. More than 6.4 million locals already follow a meat-restricted diet, according to prior studies, which also revealed that there seems to be a gender divide on the subject.

For example, women tend to be more concerned about animal welfare than men. Generational differences also come into play here: consumers born after 1994 are less likely to believe that meat is a ‘fundamental right’, while those born before 1946 are less willing in general to shake their current habits.

More educated people are also more likely to reduce their meat consumption, as are people living in British Columbia, a province with three times more vegans and vegetarians than anywhere else in Canada.

Get ready to WIN. Place your bets at top Canadian sportsbooks NOW!