2019 Word Of The Year Revealed 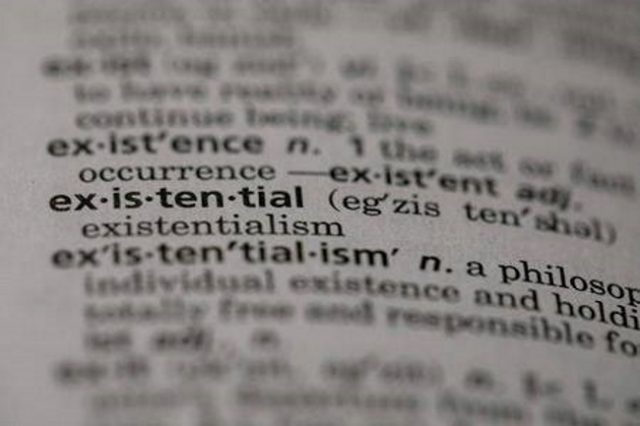 Most of us have probably played a variation of the game in which we need to use one word to describe something. Dictionary.com takes it to the next level every year, when the website selects the one word that best describes the 12 months leading up to that point. 2019’s word of the year is “existential”, which is refined as “relating to the nature of existence” – especially human existence.

Unless you are a philosopher or you strive to portray yourself as “woke”, the word of the year for 2019 is not one that most people have been bandying about in everyday conversation. Most of us probably limited it to existential crises or threats.

See what they did there?

The Spirit of the Times

That “existential” was announced as the word of the year is nothing less than a sign of the times. Until recently, the word’s usage in our lives has been limited, and for good reason: humanity has never faced anything quite like the possible future that looms before us.

Between over-population, climate change, terrorists, warmongering world leaders and politicians, and a lack of gun control, we have been forced to start taking a good, long, hard look at ourselves and where we are headed. It is only natural that the word “existential” started popping up more frequently in op-eds, speeches, and serious discussions. It also was only natural that the word would work its way into popular culture.

After being part of rather specialised vocabularies for so long, “existential” suddenly was everywhere. Bernie Sanders spoke about the “existential crisis” of climate change, Joe Biden referred to Donald Trump as an “existential threat,” and a film critic referred to a Toy Story character as an “existential spork.” The thing is, not many people knew what it meant, which is why it then became one of the most searched words on Dictionary.com

Other Words of the Year

To be clear, the number of website searches is taken into account, but do not guarantee that a word will be chosen to describe the year. The other most searched terms included “manifesto”, “nonbinary,” “pansexual,” “polar vortex,” and “quid pro quo.”

We are sure you will agree that, when it comes to describing the spirit of the time, none of the other words come close to “existential”. The nature of human existence and our continued survival on an ailing planet has become obsessional. Perhaps this is only to be expected in the 12 months following the year in which the big word was “misinformation”.