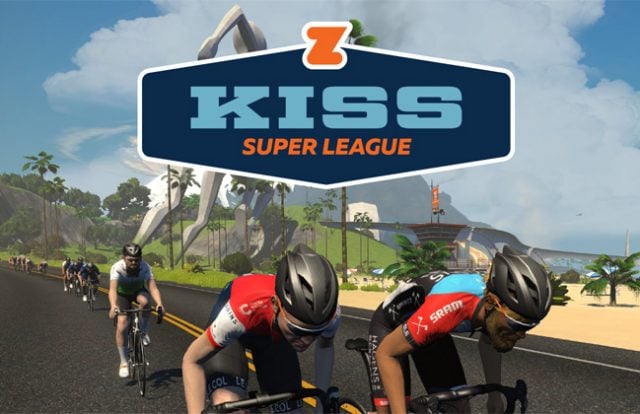 January 23 marked the Facebook launch of a new pro eSports league established by multi-player training and racing platform Zwift. The London company is currently leading the gamification process of professional cycling, and in December secured a $120 million Series B funding pool that will be spent on expanding its tournaments.

Cyclists from 15 teams, some of which are on a professional level, participated in the Men’s KISS Super League on the night. The event kicked off from a bike shop in London. According to Zwift CEO Eric Min, his company’s goal is to establish a new ‘sport within a sport’ that will be celebrated by cyclists and fans across the globe.

The co-founder of the company also added that pro cycling has turned to Zwift as a premium training platform, which has allowed the company to prove its talent as an ID platform. Now, he says, is the time for it to venture into the growing world of eSports.

‘Zwifters’, as they are known, ride their bikes on indoor trainers while keeping an eye on a gaming-based cruise using virtual street screens on a connected TV or tablet. Other on-screen riders are presented as avatars of other at-home riders, allowing both pros and amateurs to take part in a competitive race at the same time.

As mentioned above, competitive sports and video gaming are some of the world’s fastest-growing industries. Streaming platform Twitch recently announced a two-year agreement this year to host Activision Blizzard’s Overwatch video game, which is worth at least $90 million.

The initial round of the Men’s KISS Super League took place inside Italian bike brand Pinarello’s London retail shop. One of the many teams slated to participate was Team Wiggins Le Col racing, founded and headed up by 2012 Tour de France winner Sir Bradley Wiggins himself. As a parent, Wiggins has noted, he wants to see cycling providing inspiration and accessibility for today’s youths.

Craig Edmondson, the prior marketing director of the Premier League, spearheads Zwift’s eSports arm. According to Edmonson, by gamifying racing, his company will create ‘entertaining coverage’ of the sport while also introducing yet another element of engagement to the world of bicycle races.

Along with the men’s league, a women’s KISS Super League will also be hosted soon. Topping off the events list is a third KISS League for amateur cyclists. Some of the teams that took part on January 23 included Madison Genesis, Cofidis, and the Israel Cycling Academy supported by Canadian mogul and billionaire Sylvan Adams.

Ready to put your money down on a WINNER?
Place your bets at top sportsbooks NOW!