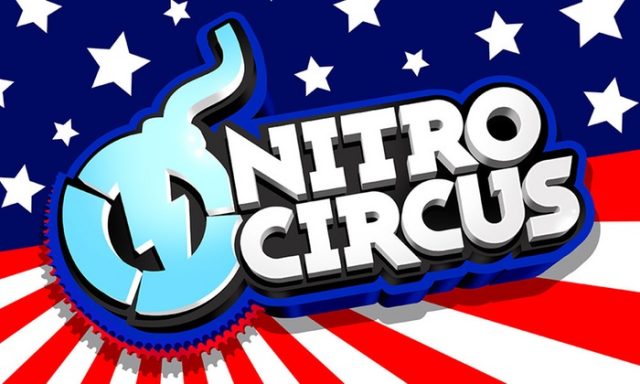 It was early in 2018 when Yggdrasil Gaming first announced that it had partnered with Nitro Circus in an exciting new venture. Now, the popular iGaming developer has revealed its first ever branded slot game in collaboration with the premier action sports brand.

Nitro Circus is the name of the new real money game, which features some of the brand’s biggest stars, most impressive vehicles, and most memorable stunts to date. It is based on the iconic entertainment company itself, which is in turn headed up by legendary motorsports and action sports daredevil Travis Pastrana.

The adrenaline-packed title brings the thrill of the Nitro Circus arena to the screens of players across the world, who can enjoy it at any online or mobile casino boasting Yggdrasil’s library. Its most notable feature is its unique Nitro Jump bonus, which has of course been inspired by the infamous 15-meter Giganta Ramp that features to often in the action sports brand’s live shows.

During the slot, the Nitro Jump will allow players to select a custom risk level and hit the ramp in search of impressive stunts. The standard version of the jump enables punters to choose their preference form a range of vehicles, along with the different benefits and speeds that each car will provide. The speedier the jump, the higher the chances of scoring big multipliers – but be aware that the faster you go, the higher your chances of crashing are too!

As well as this dynamic feature, the new game also allows players to reach the Nitro Jump through collections. Collection vehicles are far more powerful and faster to boot, giving punters much better chances of successfully making the big jump and reaping humongous rewards in the process. Nitro Circus also boasts a free spins round and a Nitro Blast mini-game for added fun.

In the newly released title, players can score extra free spins, wilds and multipliers, or fill their vehicle collections to win big. In the free games feature, they can select special symbols and feature picks as well, which lead to even better winning potential.

The highly anticipated 5×4 game has had the industry in a buzz over the past few months, especially after Yggdrasil and the action sports brand hosted an unforgettable pre-launch event on the Mediterranean island of Malta. It was there where two Nitro Circus stuntsmen rode to glory through a series of death-defying tricks, leaving the crowd of operators and industry insiders below agape with awe.

Commenting on the launch of the slot, Yggdrasil’s Head of Slots Jonas Strandman noted that as his company’s first branded game, the launch of Nitro Circus has come as a big milestone. Working with the NC team, he said, has been a thrilling experience, the outcome of which is a fantastic game that gives players the chance to experience the rush of attending one of the brand’s live shows in the flesh!

Do high-octane slots get your blood pumping? Spin the reels online TODAY!