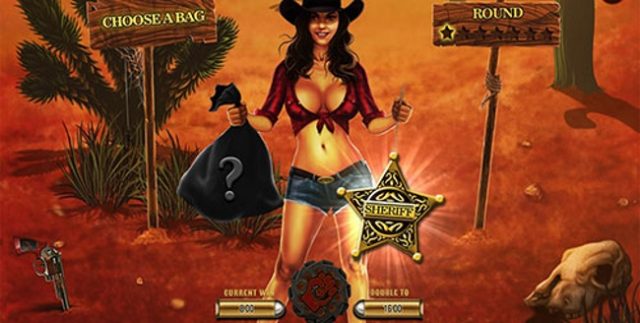 After nearly a month without a fresh new game to offer its players, popular iGaming software developer Wazdan has now revealed the launch of its latest online slot: Hot 777 Deluxe. The brand new game fuses a classic style with old school Western flair for something both traditional and entirely fresh, while of course still offering big winning potential for Canadian spinners.

The new title is a 3-reel, 5 payline creation that boasts a selection of classic slot machine symbols like plums, grapes, oranges, lemons, pears, and red 7’s. There is also a revolver barrel set built into the spin button, bullets as the pay table buttons, and sheriff stars decorating the screen, giving it a touch of character and adhering to its Wild West theme.

Take a look at the sleek interface on offer and you will be faced with a dusty desert backdrop, cacti a-plenty, and authentic tangled tumbleweeds rolling about in the distance. The foreground consists of some realistic wooden planks as reels, colorful ropes as paylines, and an array of juicy fruit symbols as mentioned above.

Also on offer is a classic gamble feature, which allows players to risk their winning for a chance to double their fortunes! Otherwise, the game’s design is delightfully simplistic, which will remind older players of the classic slot machines on offer back in the 70’s and 80’s. However, that certainly doesn’t mean that younger punters can’t enjoy Hot 777 Deluxe either, as its simple mechanics and gorgeous design make it ideal for beginners, professionals, and everyone in between.

Commenting on the release of the title, Andrzej Hyla of Wazdan noted that Hot 777 already has a massive fan base of dedicated players, so the company was looking for ways to bolster this enjoyment and take a further step into the future of online gaming. The team’s designers responded to this need with Hot 777 Deluxe, an immersive and playable release that has introduced new and exciting features to the original iteration.

According to the press release on Wazdan’s website, Hot 777 Deluxe will deliver plenty of thrilling wins for its real money players, not to mention solid revenues coupled with extended play hours for operators as well. The new slot is now available at all online and mobile casinos offering the developer’s extensive gaming library.

Ready to spin and WIN? Get those reels rolling now!