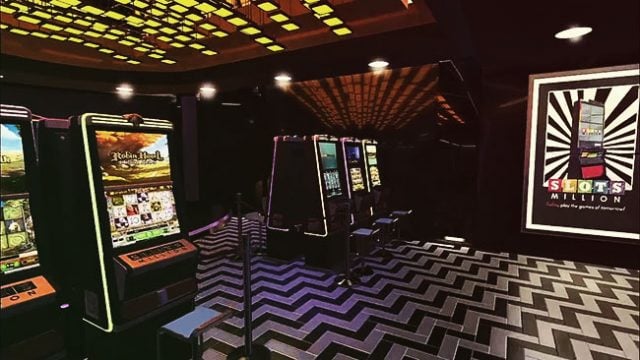 Anyone who was around long enough to have seen the classic science fiction movies of the 80’s has been asking the same question; where is my virtual reality world, why is it not yet standard, and how long until I can pretend to be James Bond in a virtual reality casino? Of course, a standard casino online experience has been around a long time, which in itself is a pretty impressive technological advancement. But it is only just recently that truly impressive virtual reality online casinos have become a reality.

That’s right; as of June 2018 the fully rendered virtual reality casino has jumped out of the science fiction world, and into the real world. Before you ask; yes it is as impressive as you’re imagining, and yes it happens to be one of the coolest things that can be done with a pair of virtual reality goggles. In fact, if you have an HTC Vive or Oculus Rift and haven’t tried it out yet, what are you waiting for? Get over there now and start playing.

The game is called Social Club VR: Casino Nights, and is a pretty straightforward concept. Players are able to enter into a high-class digital casino world, alone or with friends, and engage in various classic games of chance. From Roulette to Poker, and everything in between. The setting of the world is what really sells it, with a fully detailed environment that is straight out of a private luxury Las Vegas club.

The world can be interacted with using the motion controllers that come standard with most VR headsets these days. Which means, of course, that the digital games all operate as would be expected, offering a truly impressive level of immersion. Plus, players can also toss pretend bottles at each other if the urge strikes them, as well as engage in live chats, customise their avatar with silly hats, and a host of other quirky things. Which is to say, the game is leaning heavily on the pure fun aspect of VR. This doesn’t mean that the casino games aren’t fully operational and sticking to the rules, however, it is an accurate game experience at its core.

There are only two downsides to the Social Club VR: Casino Nights experience. The first is that it is not a real money world. The games are purely for pretend currency, meaning that this is social experience only. The second is that the still very expensive VR headsets are required, which means that the virtual world is not exactly overflowing with players, at least not yet.

But there is an online virtual reality casino game that solves both these aforementioned problems. It’s called VR Casino, and although it is not as impressive as the advanced Steam version by a long shot, it is still a VR experience worth checking out. First and foremost; the games are real money, which makes it already something truly unique. A number of games are offered, including Blackjack and Baccarat, as well as a variety of slots.

It also functions with the much more affordable Gear VR setup, which requires only a cheap headset, and just about any current smartphone. You can even play without a headset, if the desire is there. Note though that Oculus Rift is also supported, for those who have a pair.

What makes this version different from Casino Nights in terms of visual design is that the focus is on recreating a realistic, functional gameplay experience, without the quirky aspects. The player faces an animated dealer in the table games, and interacts with the cards in a realistic fashion. Slots, on the other hand, transport the player to a world where the game blends into the environment, with special effects that break the barriers of the machines and enter into the surrounding world. 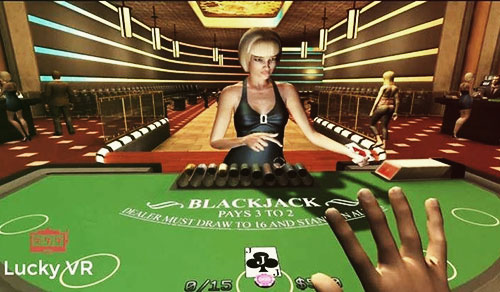 The Future Of Online Casino Games

Both Casino Nights and VR Casino are remarkable experiences. But does this mean that the future of digital casinos will require a headset? It largely depends on how successful the current releases are, although chances are that VR casinos will remain a niche experience for the time being. So don’t panic just yet, if you prefer a more traditional online experience, there’s room for everyone in the real and virtual world.