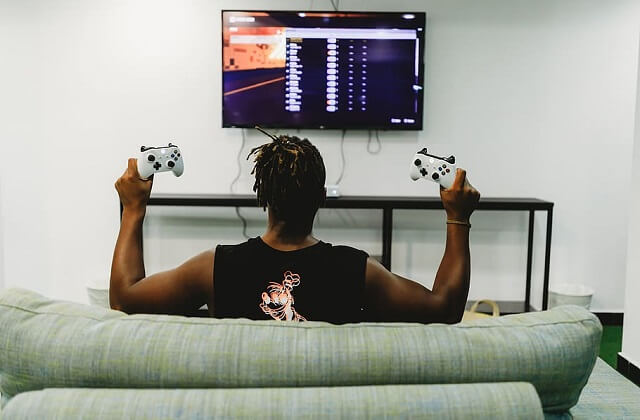 Strange though it may be in our day and age to imagine a world without gaming, it’s true that as recently the 1950s games and the first gaming machine was regarded with a suspicion of sorts. To the minds of most, video games were no more than a tech-oddity shown at a science fair. A bit like flying cars, really.

Flying cars that actually did evolve from concept to real flight, that is, because today, gaming stands central to everything from pop culture to an industry that could possibly become a major player in the world of sports betting (which given our ‘new normal’, is a situation fast shaping up to be the case). Gaming today is one of the fastest growing and most profitable entertainment industries in the world.

But what about those early years then? How did it start and, perhaps more significant a question to be asking, how did we get to where we are today? How exactly did we get to the point of 42% of all Americans being self-professed gamers, 4 out of every 5 households having one or more consoles, and Canadian households effectively not too far behind our American compatriots?

This is a brief account of the history and subsequent evolution of gaming.

It all began (we think) with Dr. Edward Uhler Condon and his 1940 New York World’s Fair exhibition of a game machine closely based on Nim – an ancient mathematical game. The big thing at the time was to play ‘against the computer’ and during the six months the machine was on display, it was played by about 50,000 people. The computer, however, was reported to have won well in excess of 90% of the rounds played. Folks could not have been entirely happy.

And sour grapes were probably privy to some 3 decades having passed before the first ever game system suitable for home use emerged from underneath the woodwork. This was of course Ralph Baer-and-team’s “Brown Box”, which eventually saw the light in 1967.

The entire thing very much did escalate in leaps and bounds from then on out. Next came Atari and Arcade Gaming and of course, the thing was done. Our hearts and our wallets would forever after belong to the great console in the sky. Enter competitive gaming, and the game was officially on.

Gamers could suddenly record high scores and doggedly determined to claim their space at the very top of the performance ladder, the demand became so great that by the time the period between 1972 and 1985 rolled around, more than 15 companies were full-on developing video games for the insatiable masses.

And the rest, as they say, is history. Multi-billion dollar a year history.