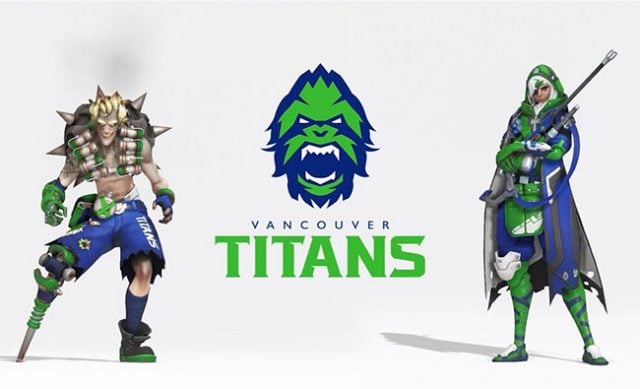 The Vancouver Titans aren’t the type to take to the ice, hit the turf, or play between carefully painted lines. Instead, the Canadian city’s newest professional sports team works with keyboards, mice and HD monitors from within a state of the art California studio designed to bring the spectacle of eSports to millions of online viewers across the globe.

The Titans, which are backed by the Canucks, are one of eight expansion teams that will be joining the Overwatch League’s (OWL) second season. OWL is an eSports tournament boasting 20 teams across six nations and three continents, who will battle it out for glory in the popular first-person shooter video game Overwatch.

According to OWL’s Jonathan Spector, he is sure that this is the only league on Earth in which fans from Vancouver have a chance to watch their very own team go head to head with New York, London or Seoul.

A Recipe for Local Success

Teams of six pro players each complete against one another in a pro sports-style regular eSports season, which is wrapped up by playoffs and championship finales in a league based on traditional sports. The tournaments come complete with city-endorsed teams, standings and conferences, uniforms, logos, and a post-season topped off with an action packed championship round.

According to Spector, one of the easiest hooks for spectators present in the sport is identification. He says that local viewers may see that Vancouver has a team of its own, and will be eager to see them play against Toronto or another local team and hopefully win in the process.

Local viewers may see that Vancouver has a team of its own, and will be eager to see them play

Established teams like the Canucks can build up their brand recognition with a tech-savvy audience of Millennials through the Overwatch League. However, some industry experts are warning that city-on-city competition has not yet been tested in the eSports world, and could be unsustainable in the long run.

Millions of Spectators Want In

The Titans are a recently formed team, but they have an experienced roster nonetheless. They have played together under the name of team RunAway in Korea since as far back as 2016. Titans assistant coach Harsha Bandi says that he thinks the team has the potential to win every tourney that they play. RunAway won four major OWL tournaments in the past 14 months, before being signed to Vancouver’s new official eSports team.

With all that said, not everyone in the industry believes that copying a pro sports format will be beneficial for the competitive gaming industry. It might be an easy sell, says Dutch eSports journalist Duncan Thorin Shields, but people might end up taking it for granted as a result.

However, seeing as Overwatch has 40 million players and millions of online viewers across the globe, it might be Shields that has things backwards. Only time will tell… but in the meantime, the Titans are working hard and hungry for victory.