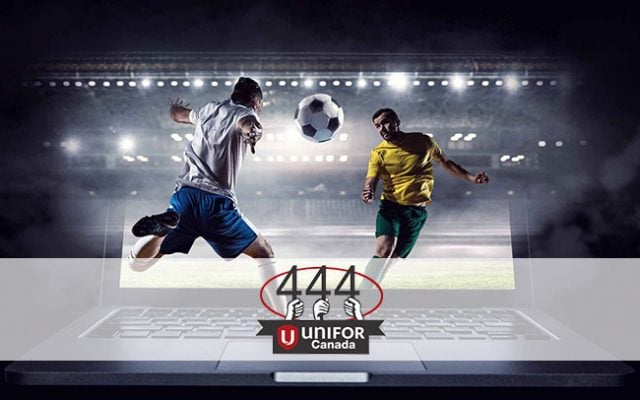 Single-event sports betting has been a hot topic of discussion across Canada of late. While the US has made great strides in regulation the wagering industries of its individual states, the practice is still banned outright on local soil.

However, Unifor Local 444 is rearing to start moving in the right direction by bringing the whole conversation out into the open. President Dave Cassidy of the union was part of the delegation that headed to Toronto this week to start asking questions on an official level.

Estimates issued at the meeting with Canadian federal finance minister Bill Morneau highlighted the fact that millions of dollars could be earned through punters who are eager to enjoy regulated local betting opportunities on single sports events. Now, the government simply needs to put the necessary legislation in place to make it happen.

In the meantime, betting on single sports remains under a nationwide federal ban within Canada’s borders, which has seen many millions in local currency being diverted to American sportsbooks instead. Locals are also pouring cash into offshore sports wagering platforms – but this may not be the case for long. Now that New York is mulling its own wagering regulation, Canada might finally be prompted to develop one of its own.

At the same time, Unifor Local 444 is aiming to push forward with the conversation about legalization, the best platform for which is a meeting just like the recent one in Toronto. Dave Cassidy and national President Jerry Dias held a special meeting with the federal minister of finance to discuss the matter, joined by Maple Leafs chair of entertainment Larry Tenenbaum.

Among the essential factors that could work in the industry’s favor is the fact that thousands of Canadians would be able to join the workforce if single-sports bets become legal. Caesars Windsor Hotel and Casino has always been an avid supporter of the activity, and if it is launched under a regulated system, the casino will end up with another 150 permanent jobs to offer people who are interested in joining the industry.

In November last year, indications for a push in a regulatory direction were also made evident as Unifor Local 444’s president noted that he had spoken about the issue with the Minister of Foreign Affairs. March 4 is set to be a significant day, as another delegation of Unifor Local 444 representatives will be making their way to Ottawa to state their case once more.

The months following that date will be dedicated to action in the betting sphere as well. During Fall, the federal Liberal government will hold elections, and if nothing has changed by then, the efforts may have been for nought. This has only motivated the labor union further, as New York and Michigan could end up earning millions of Canadian dollars once they launch their own regulated wagering markets.

Bet on the most exciting local and international sports ONLINE.
Wager and win NOW!