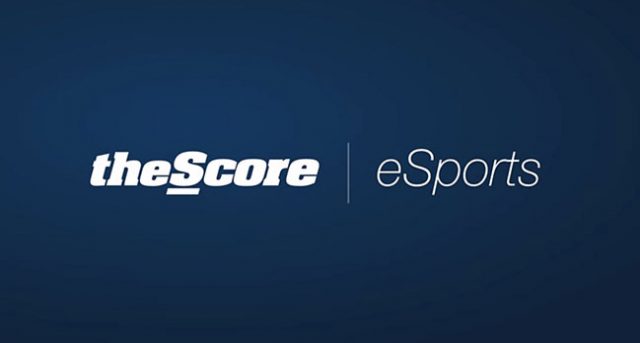 Recently, Toronto-headquartered media company TheScore revealed that it would be launching a brand new eSports-based mobile app and matching website. The offering is intended to help the company cover its share of the rapidly growing pro gaming industry at the same level on which it reports on classic sports.

TheScore’s reader pool has rocketed to over 10 million monthly active users, placing a big emphasis in providing news updates in a modern and unexpected way. Media-rich reporting is the firm’s modus operandi, and the platform’s new content team of 30 editors will no doubt deliver fantastically on this ethos. Its first app, TheScore eSports, recently made its entry on Android.

Commenting on the developments in a press release about the site’s launch, the company noted that TheScore eSports’ news coverage will be pioneered by numerous seasoned industry writers and editors, including the media house’s own senior reporter, Rod ‘Slasher’ Breslau. Matt Demers, one of the project’s Supervising Editors, has also previously written for Post Arcade.

For those who need a brush-up on the eSports industry, it is focused on competitive video gaming and the watching of these activities through the popular streaming platform Twitch. Currently, the live-streaming site has an estimated audience of well over 100 million viewers; according to New York video gaming market research firm SuperData.

In an interview with Postmedia, Breslau noted that eSports has grown exponentially over the past couple of years, in part thanks to exciting technological advancements in essential areas like live streaming and lower video bandwidth prices.

The importance of mobile tech, he said, has been made clear throughout all major media channels on the web, and such content will certainly not change current consumption trends. Combined, Breslau, added, these factors have convinced him that mobile is the ‘next big frontier’ for the eSports world to challenge.

Just like professional sports, the world of competitive video gameplay has garnered millions of passionate fans, fierce rival teams, popular players, and even match-fixing scandals. The industry’s most popular games are often free to play multi-player titles like DOTA 2, League of Legends, Overwatch and Hearthstone, each of which is worth many more millions in advertising and sponsorship money.

CEO and Founder of TheScore, John Levy, has also added that in his company’s view, the industry should be treated as a ‘fully fledged sport’ that has just as much potential as football, hockey or basketball.

TheScore’s app is now set to focus on supplying live scores and breaking news from pro leagues across the globe, including in North America, China, Europe and South Korea, not to mention covering the professional scenes of CS:GO, DOTA 2, Call of Duty, Star Craft II and other popular titles.

Ready to bet? Put money down now and see if you can be a WINNER!