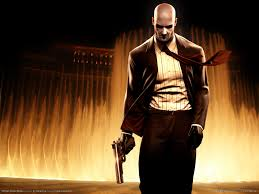 If you’ve ever wanted to see the world through the eyes of one of its darkest figures, you’ll enjoy Hitman: Sniper, the latest installment in the Hitman series that brought the world Agent 47, the suave hitman of the title with the iconic bald head and square jaw. Agent 47 has been lying low in remote snow capped mountains, training for his return to the world of big business deals and bigger contracts on people’s heads. He’s ready to carry out any number of contracts, and you get to help him do it. It helps to think like a hitman when acting like a hitman, and the rewards are great for those who get inside the head of Agent 47.

As the title suggests, much of Agent 47’s vocation is carried out at long distance with a highly accurate rifle and scope. In fact, much of the game consists of looking through the rifle scope, spotting targets, and taking them out with precision sniper attacks. The targets are presented at the start of the game, as well as the compensation for carrying out the job effectively. Many targets can be sniped quickly while some others require accessing some of the hitman’s skill and experience. There are 100 different and ever expanding missions to carry out, including some high profile targets that can’t be reached as easily as other targets. All of the action takes place in a single environment that keeps the sense of consistency while allowing the difficulty to build in a way that feels natural.

Power-Packed Action on the Phone or Tablet

In addition to the fast-paced action and stellar graphics, the added benefit of this incarnation of the Hitman franchise is that it’s specially designed and optimized for the mobile phone or tablet, whether you use an iPhone, iPad, or any of the Android-powered phones and tablets. That makes it more convenient to play at those times when you find extra time on your hands and nothing to do, like when you’re on a long train ride to work, or stuck waiting at the bank or at the doctor’s office. It also justifies the relatively limited number of environments the game offers, since too much footage would simply be overwhelming for a mobile game.

Hitman, however, is more than an aim and shoot game in that lets you take the hitman on the road with you wherever you go. The compensation that Agent 47 gets for the various jobs also come into the equation. The harder and better paying missions allow the hitman to purchase more interesting weapons to carry out the jobs. The game also allows the hitman to grow in skill from mission to mission, acquire new abilities, and gain perks from successful completion of assignments. That element raises Hitman: Sniper above the level of other games, especially those that are made expressly for the mobile phone.

This Hitman is Simple to Control

Early testers of the game reported that one of the surprising elements of the game design was the effectiveness of the keyboard control system. Since the whole scope of actions throughtout the game has to be run through the buttons on a mobile phone, developers must rise to the challenge of keeping the game action smooth and easy. And they succeeded. Testers repeatedly remarked on the ease of the control system. Tapping on the screen calls up the scope and pinching it puts it into focus and aligning the crosshairs is particularly smooth with the touch screen of the normal smart phones. In fact, the touch screen seems to be a better control system than many external devices that connect to desktop computers.

In the final analysis, the latest Hitman incarnation captures the essence of the franchise. You get the complete look and feel of all previous Hitman games, especially the iconic Agent 47. If offers a quality playing experience with enough shooting targets to keep it going for an impressive amount of time. The other elements also add significantly to the amount of thought that goes into the game. Of course, you can choose how deep you take the experience. If you just want to be a hitman and shoot targets from a distance, you can do just that.