The Challenge of Survival in The Long Dark 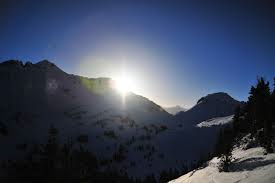 There are lots of reasons people love to play video games, and escape from the real world into a more interesting, engaging, and challenging one is definitely one of them. That’s the essential attraction of the multitude of realistic open world games on the market, and they cover virtually every situation one can imagine, from saving the world to finding hidden treasure. One genre of open world action that’s particularly well represented in video games, however, is the survival genre. The focus of the games is not so much to complete a mission but rather simply to survive against the rugged conditions created by the game developers. Just staying alive is the object of many games, and one of the most challenging of all of them is The Long Dark, and the challenge it poses may be what makes it one of the top survival games as well.

The Long Dark is set in the rough terrain of a Canadian wilderness, which would be challenging enough, but there is the added element of an industrial accident of global proportions that has made it even more difficult to inhabit. The game starts with the first-person main character – you – crashing a plane in some deserted area and needing to use his wits to survive, as there is no one around to help him and no quick way back to civilization. The object is to find food and shelter and to conserve your energy because every calorie counts when you don’t know where your next meal is coming from, or even when it’s coming. In other words, the goal is simply to survive and keep playing, which turns out harder than it looks.

The Canadian Wilderness at its Most Frigid and Dangerous

Since the conditions are so cold, it will be impossible to survive without finding sources of warmth and shelter from the conditions. It also means that food will be more scarce, as very little survives the cold. At the same time, you’ll need to eat as much as possible because the energy you’ll need to expend will be greater than it would be under more comfortable conditions. Fortunately, the game offers a modicum of assistance. There are maps to help you learn the terrain, though you’ll have to do the exploring on your own. There are also handy ways to see how close to death you are at any point, with indicators showing your hunger level, calorie count, and all of the elements you need to track to survive.

But just finding sufficient enough food and simple shelter wouldn’t be enough to turn The Long Dark into a survival classic. You also have to fight off disease and possible food poisoning if you eat the wrong foods, And while it’s possible to find tools like axes and shovels that make it possible to build rudimentary homes and start fires to stay warm, the tools degrade with time and usage so that they become harder to wield. Even the wildlife you might encounter and hunt for food learns your patterns and gets harder and harder to catch.

A Feast for the Eyes, if Not the Stomach

Part of what makes the game so effective is the outstanding commitment to detail by the game developers. It is at once stunning to look at and immensely intimidating as a setting, much like the Canadian wilderness is today in mid-winter when no one has been through the area in recent times. The colors are always vivid, and the atmosphere that emerges perfectly captures the look and feel that the game is working to build. It’s easy to suspend disbelief and immerse yourself into the conditions that you face, and even as you start to gain some level of mastery of the environment, the feeling of the wilderness remains as haunting as ever.

So it’s no wonder that people who love open world games would take to The Long Dark. While it doesn’t offer the escape of dragons, kings, and castles, it takes you deep into another mythical landscape, that of the Canadian wilderness in a post-apocalyptic age. And even though the goal is simply to survive, to carry on living, the challenge of having to fend for oneself in the open wilderness is daunting, challenging, and ultimately satisfying. It’s easy to see why survival games would be such an effective escape, the harder the better.