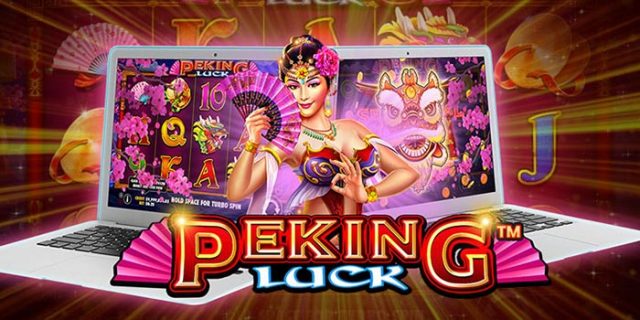 For a large portion of online slots players, games based on tradition, culture and regional folklore are always a big hit. It is for this exact reason that Pragmatic Play has decided to go with a unique traditional theme for its latest release – and one that is not often seen on the reels of modern slots, either.

The new game, titled Peking Luck (a clever twist on ‘Peking duck’) whisks players away to the heart of a Chinese opera, capturing their attention with classy cultural symbols, an Asian-style soundtrack, and huge win multipliers for a well-rounded gaming experience.

The reels of Peking Luck spin against a brightly colored opera stage, adorned with quintessential Chinese ornaments and delicate cherry blossom trees. This peaceful scene sets the tone for some interesting game play, which is paired with Chinese opera music in the background and some impressive animations courtesy of Pragmatic’s talented development team.

The reels themselves also contain symbols endemic to the region, including drums, fans, oriental opera masks, lucky dragons, and stunning dancers to add a bit of fun to the experience, too. Each and every symbol is pleasing to the eye and comes to life when it forms part of a winning combo, twirling and jumping for joy, as players no doubt will when they land some astronomical prizes! 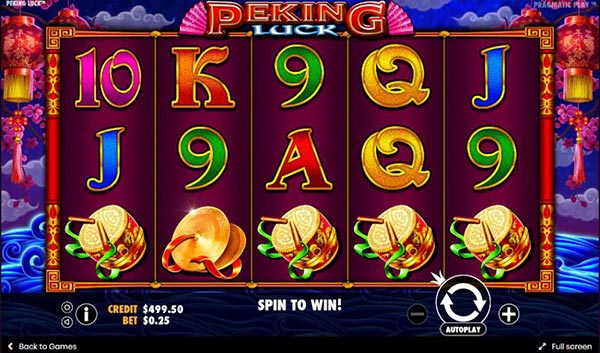 Free Spins and Up to 18x Your Wins

When it comes to gameplay, Peking Luck is relatively simple, boasting 5 reels, 25 paylines, and 3 symbol rows. The female dancer symbol acts as a base game Wild, filling in for all other icons in the reels barring the golden gong Scatter symbol. It also doubles the value of all wins in which it appears.

Land three or more gong Scatters and you will also be able to explore the main bonus feature, which will prompt you to pick twice from a range of pretty Chinese fans. The first pick will determine players’ number of free spins, while the second one will select a multiplier that will apply to all wins won for the duration of the bonus round.

The highest number of free games on offer here is a generous 38 spins, while the maximum multiplier players can land is 18x on all of their winnings. Peking Luck Wilds will also appear stacked on the reels during the bonus round, creating the potential to land even more exciting prizes.

In a nutshell, Pragmatic Play’s newest release is a nicely designed title with plenty of winning potential involved – not to mention an unusual but highly appealing theme. Between its classic oriental subject matter and its massive win multipliers, Canadian players will no doubt find something about the new release to enjoy at selected Pragmatic online casinos!