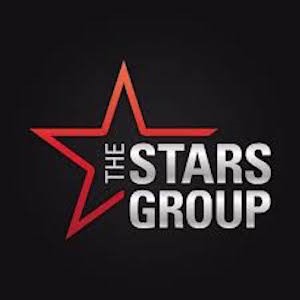 The Stars Group is a proudly Canadian iGaming operator that has now become the world’s biggest publicly listed online gaming operator. This prestigious title has come after the firm officially finalized its previously announced deal to purchase Britain’s Sky Betting and Gaming (aka SkyBet) from CVC Capital Partners on July 10.

According to an official press release at the time of the finalisation, The Stars Group has noted that the $4.7 billion purchase will provide it with many new operational and financial benefits. These include a substantial improvement in its revenue diversity across the online poker, casino and sports betting verticals, which are expected to have a wide international reach.

The Canadian corporation has long operated a handful of popular virtual gaming brands like PokerStars and Full Tilt Poker. Additionally, the April deal saw the firm agree to pay over $3.6 billion in cash and $1.1 billion in common shares in order to assume control of SkyBet as well.

The finalisation of this deal has meant that the Toronto-based company, which is also the majority shareholder of Australian online betting firm CrownBet, is now the owner of iGaming websites such as SkyCasino.com, SkyVegas.com and SkyPoker.com, along with the odds comparison hub OddsChecker.com.

Commenting on the developments, CEO Rafi Ashkenazi noted that the acquisition has come as a pivotal moment in his company’s evolution. According to Ashkenazi, SkyBet’s mobile-oriented sportsbook pairs perfectly with The Stars Group’s leading poker offerings, creating not one but two premium player acquisition channels.

He further added in his July 10 statement that the Group believes that this combination, along with its online casino offerings, will position it for continuous growth in the ever-changing and competitive iGaming industry.

Previously operating under the brand of Amaya Incorporated until 2017, The Stars Group also added that the purchase of SkyBet will allow it to earn around 75% of its overall revenues from locally regulated and taxed gaming markets. The deal is also set to allow it to cross-sell players and punters across numerous different verticals.

In Ashkenazi’s statement, the CEO revealed that the acquisition has created the world’s largest public iGaming company, as well as uniting two leading brands with strong teams and technological cores. According to the executive, this scale also positions his company perfectly to cement and expand on its global footprint within the gaming landscape.

– Betsson– for all your sports betting needs –