Star Citizen Really Does Bring Out the Stars 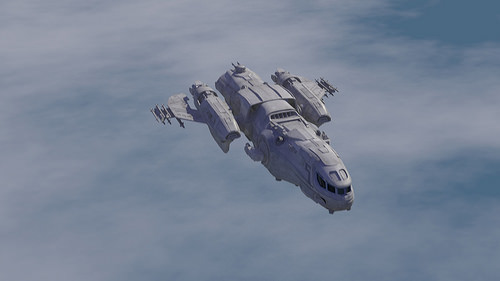 Although it hasn’t been released yet as a fully-functioning game, Star Citizen has already managed to make waves this week at CitizenCon when it announced the stars who will appear when the space simulation game comes out. Names that have been linked with the project include Batman cast member Gary Oldman, former X-Files star Gillian Anderson, and a host of other notables such as Andy Serkis and John Rhys Davies.

Oldman, Anderson, and the other Hollywood favorites are part of the Star Citizen single payer game, Squadron 42. The game is also developing a massive multiplayer version, which would suit the gigantic amount of space covered in the game. The recognizable stars add another layer of realism to the space action, which is highly realistic even though it’s set in the 30th century and has the look and feel of an advanced society, even thought it appears to have been influenced, at least aesthetically, by the ancient Roman Empire. A good portion of the game is spent exploring the space station, which is enormous and contains everything you need to complete your mission.

The task that’s set before you in Star Citizen is simple. The goal, as the name of game suggests, is to earn citizenship, which could involved a wide range of activities, and even when they are completed, the citizen has the task of being the star citizen of the planet, and so the action continues. You start out as a member of an elite military unit as you climb the ranks of citizenship, or some level of combat. And that’s the charm of Star Citizen. It is more than a single game with a single focused goal. It is a combination of games that keep the action moving.

A Space Shooter and a Space Explorer All in One

Star Citizen has managed the difficult task of combining several genres of space-based video games into a single seamless whole. This is especially true with the Squadron 42 module, because the single player action requires that all of the elements fuse efficiently. It has an exciting fighting element, with an abundance of choices over warplanes, weapons, and other elements. For people who love shooter games, Star Citizen leaves nothing out. But what sets the game apart from other shooters is the additional dimensions it brings to the table.

There is also an effective space trade element, where you are responsible for helping build a new space station, and your business skills are part of the challenge in acquiring the materials you need to get the job done. You can also explore distant parts of the planet, which could also combine elements of combat and trade. The combination ultimately allows you to gain a sense of choice you can only get with a small number of games. It really is your world, and you decide how you conduct your affairs in it.

But the focus is always on the value of your actions to the greater good of the planet – your added value as a star citizen – which is the ultimate objective of the game. That element provides focus and something to work towards that gives the actions meaning. Of course, the game has its own ideas about what good citizenship really means. But that’s part of what makes the game so interesting intellectually.

Actors Lending their Talent (and Fame)

The addition of talented and famous actors such as Oldman and Anderson indicates a clear windfall in funding for the project, which is certainly good news to for those who are eager to start playing the game. For Oldman, in particular, appearing in video games has become something of a career sideline. In addition to his major role in Star Citizen, Oldman has appeared in Call of Duty: Black Ops and has done voice-over work in other games, including Lego Dimensions. He’s also starred in films beloved by gamers. Besides Batman, Oldman appeared in the Harry Potter movies, and the Fifth Element, and built his career with a starring role in Dracula, directed by Francis Ford Coppola.

The casting choice of Gillian Anderson is perhaps even more inspired, especially when it comes to the star’s standing at gamer conferences because of her longtime starring role in X-Files, a show that has lost none of its cult appeal in the year’s since it went off the air. Since the casting announcement was made at one of the most important gamer conferences virtually guaranteed headlines in the gaming press, another smart calculation by developers who have made a game that’s full of them.