SOMA and the Dream of Reality 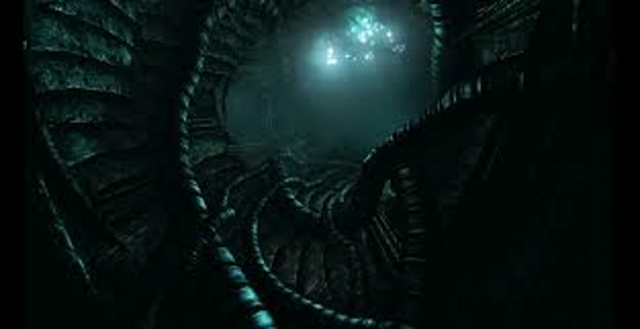 In an research lab deep underwater, something strange is happening. The lab appears to be in a state of disarray. Everyone has scattered across the enormous structure, and computers and robots seem to be lurking in stealthy ways. Voices from the outside, above-water world try to make contact but can’t seem to make the connection. An eerie feeling of foreboding seems to be mounting as you search for life aboard the vessel.

This is the setting for the first-person horror game SOMA, where the real horrors are far more psychological than they are physical or conventional. It’s not the type of game where evil creatures jump out from hiding places, ready to pounce. In fact, the horror is far more subtle, and that’s why it’s so effective. You are never completely sure that those around you are who you think they are, or that the mission is what you think it is. You’re never even sure how you got on board the vessel in the first place, and solving that mystery is a major part of the game.

On a number of levels the game has the look and feel of a book by science fiction writer Phillip K. Dick, or a movie made from one of them, like Blade Runner. The author is even evoked with a quote just before the action begins. The quote is appropriate for the game, and the sense of mounting horror and surprise continue gradually throughout the game.

Even the Robots Think They’re Human

One of the fascinating elements of the game is the constant encounters with robots and other computers, many of which speak and act as though they were entirely human, even though they look like machines that are on the verge of falling apart. The robots might ask you to get them a doctor, instead of a machanic, as though they have a human biological system, which obviously they do not.

While some of the robots appear friendly, it is impossible to develop any trust in them, especially in light of the fact that many out completely hostile and pose a threat. It’s impossible to know what is controlling the robots. At first they seem to be part of a remote control system, but that ultimately proves false, intensifying the mystery. As you watch the game from the eyes of the main character, Simon, you feel the sense of doubt around you.

-Have you been to All Slots Casino? –

Clues that you can discover also point to a frightening truth. The Earth has been destroyed by a comet a year earlier, and the underwater station may be the last bastion of human life. What adds to the horror feeling, however, is the occasional attempt by a human-sounding voice to make contact from outside. Is it a robot using a human sounding voice or a real human that survived the comet and is trying to connect with another human?

Solving a Puzzle Through Hints and Clues

Throughout the game, you’ll come across items that may, if you understand them properly, shed some light on where you come from, why you’re there, and what the purpose of the whole exercise really is. And it’s quite breathtaking to hit one of those moments of existential questioning. Few games bring that level of philosophical questioning into the core level of the game. And with SOMA, it’s a regular feature. It’s important to the game that some level of philosophical thought take place.

That level of probing pushes SOMA above virtually all other video games of its kind. And the game developers are clearly not afraid to take on some really big questions. The structure of the game, the probing that leads back to the origin of the story and ultimately the meaning of existence practically demands that some big questions become part of the game. It’s fascinating and engaging, and makes you want to focus on these big themes rather than interacting with robots.

– Isn’t it time to visit All Slots Casino? –

The game play is never boring, and it always leads in the direction of something far more interesting. While it’s not entirely an open-world game because it’s set in a limited space, it has all of the best qualities of the open-space game in what is ultimately a survival game punctuated with horror and philosophy. The plot of the game keeps the action moving forward at all times, and all you have to do is go along with it. It’s definitely a ride worth taking.