Solve the Mystery in Her Story 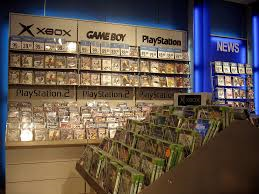 The Internet has revolutionized the way people communicate, how they gather information, and how they shop. It’s also had a major impact on the way people play video games. Most significantly, the Internet has dramatically increased the range of what’s possible. There are fast action adventure games and slower games that require thinking and deduction. A good example of the second category is a game called Her Story. The game is an entirely original police mystery that you have to solve. It features little more than video segments to create a realistic feel and an interactive playing experience. The action takes place primarily inside your own head.

In Her Story, your job is to act as a police detective and unravel the cause of a man’s death a decade earlier. It may have been murder or it may have been an accident. And all you have to work with is the testimony provided by the man’s wife. You can listen to parts of her testimony, which took place over a number of days, and you can search for keywords that help you locate specific things she said that might contribute to solving the mystery. The stripped down quality of the game gives it a depth and immediacy that’s hard to find in other types of video games, especially those that are based on quick action and adventure.

The Power of Video

The magic of Her Story is in the quality of the video segments. The part of the wife is finely scripted and played by a professional actress who lends a range of emotions and a gravity to the testimonies. So when you watch the segments, it’s easy to suspend disbelief and buy into the story that’s unfolding in the different testimonies. There are literally hours of testimony that cover the major elements of the character’s life. Your job is to find clues, piece together disparate parts of the testimony though the use of a surprisingly effective search engine, and put together a case that solves the mystery of the death.

Little by little, it’s hard to avoid getting swept up in the intimacy of the story, especially as it grows more and more complex. Because it consists of video footage of a single character revealing increasingly intimate information to her police interrogators, it’s easy to see the story as part of the media landscape, one where you get to see the raw footage, not the processed version of the news created and edited by producers. In the process, the question of whether or not the character killed her husband becomes something broader and deeper than a news item on television or even an episode of a detective show like Law and Order. After a period of time, solving the crime becomes secondary to gaining an understanding of the woman telling her story.

A Throwback and a Breakthrough

The style of Her Story – the use of grainy video footage to advance the action – had a feel of a throwback technique in video games that dropped out of vogue in the 1990s. Since then, few video games have used video footage so extensively, and virtually no other game makes it the heart and soul of the playing experience. The footage, originally shot in high definition, was filtered through an old VHS video cassette player to create the feel of 1994, when the death took place. In fact, Her Story advances the art and craft of video games by relying almost entirely on techniques that have largely been overlooked for well over a decade.

Like a true police investigation, Her Story does not impose any time limits or lead you to any particular set of clues. The discovery is up to you. In fact, different players may come up with different theories and build different cases. And that’s the brilliance of Her Story. It provides a fascinating canvass and supports it with extensive footage that is sure to get under your skin and become a part of you. It demands that you invest yourself into the emerging narrative, and it leaves you with the feeling that you experienced something deeper. How many video games can make a claim on par with that?