NY Casinos Cut Back On Slots to Cut Costs 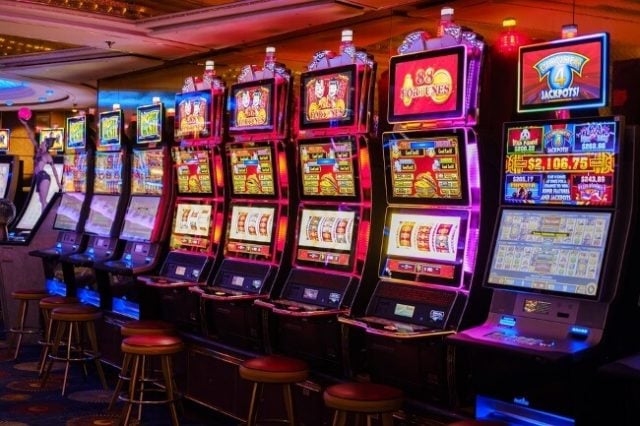 Two of New York City’s upstate casinos have approached the New York State Gaming Commission for permission to reduce the number of slot machines on their floors. Tigoa Downs owner Jeff Gurrall has tried to humour the curious by saying that the reason for reducing the number of slot machines from 942 to 822 is so that more space can be freed up in order to accommodate sports betting, if and when the sector is legalised by city officials in the near future. Rather pre-mature a measure in anyone’s books, especially considering the many ifs and when’s in that particular equation.

Resorts World Catskills offered no explanation in support of its request to reduce the number of slot machines on its floor from 2,150 to 1600, but some say that it’s no secret that the move is in favour of trying to maintain a $200 per day win average per machine, which has obviously not happened up until this point. The only way to mitigate non-performance is by reducing the number of slots on the floor.

The fact that Resorts World Catskills has only just managed to scrape together $117 in winnings per machine per day at their Empire Resorts-operated venue, is another clue that the writing is on the wall in terms of turn-around figures and a gross over-estimation of the market. Empire Resorts recently confirmed that it would be closing down its Monticello casino in an attempt to limit its damages.

The Pull Of The Bet

The reality is that most of New York’s casinos have been feeling the pinch, albeit to various extents. Why this is so isn’t 100% clear, but indications are that players are choosing to visit Pennsylvania and New Jersey casinos instead; venues located in regions where sports betting has already been legalised.

The hard reality that must be faced is that cutting down on costs and consolidating revenue may be a viable short-term solution in order to stay afloat, but it’s not a strategy solid enough for long-term relief. If the city doesn’t legalise sports betting very soon, more and more of New York’s players will be crossing state lines for their weekly gambling and betting fix.

It’s the kind of mass exodus that constitutes the stuff that every business executive’s nightmares are made of. Whether regulators will listen to ground-level pleas remains to be seen. And suffice to say, if operators were to be more honest about the real reasons behind their decisions to downscale, more effective levels of awareness can no doubt be reached.