Online gaming software giant Microgaming has been collaborating with countless independent developers over the past few months in an attempt to provide as much diversity and fun to its players as possible.

In line with this vision, the firm has now revealed that it has teamed up with a new independent gaming studio: Slingshot Studios. The newest partner of the famed UK-based developer will create content exclusively for Microgaming’s platforms, which are widely considered to be some of the best in the world.

The studio will be releasing its first new game under the partnership, Cash of Kingdoms, on October 10, 2018. The slot will boast a fantasy theme and an innovative Invading Wilds bonus feature, and was first teased at ICE earlier in the year.

The new upcoming title will be featured at all casinos offering Microgaming’s extensive library, while the smaller partner studio will remain independent in order to create other casino games under its own brands as well. Established in 2016, Slingshot houses a small team of expert developers, management specialists and digital artists.

A few months ago, the Isle of Man-based creator of smash hit slots like Mega Moolah announced that it is also working with numerous other independent studios. The point of this, according to the company, is to bring fresh and exciting new additions to their platform through outside parties.

Experience so many ways to WIN when you play slots online! 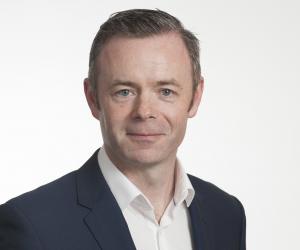 Commenting on the collaboration, Microgaming CEO John Coleman noted that his firm’s extensive online portfolio will benefit from the unique creations of Slingshot, who are creating original games with thrilling mechanics and features for specific target audiences.

According to Coleman, the studio’s content is ‘fantastic’, and their drive to create top content is also respectable. He added that the studio is the latest in numerous other firms to be named exclusive providers for his company, which is looking forward to launching more content from them in the coming months and years.

Richard Vermaak, the Creative Director of Slingshot, also shared his thoughts in a recent press release. He noted that his company’s imagination and energy always pushes them forward, and that they love building titles that people love to play. The director added that his team can’t wait to share its new creations with the UK developer and its operators’ players, including the premier upcoming Cash of Kingdoms slot machine.