SG To Release DEAL OR NO DEAL Lotto Game 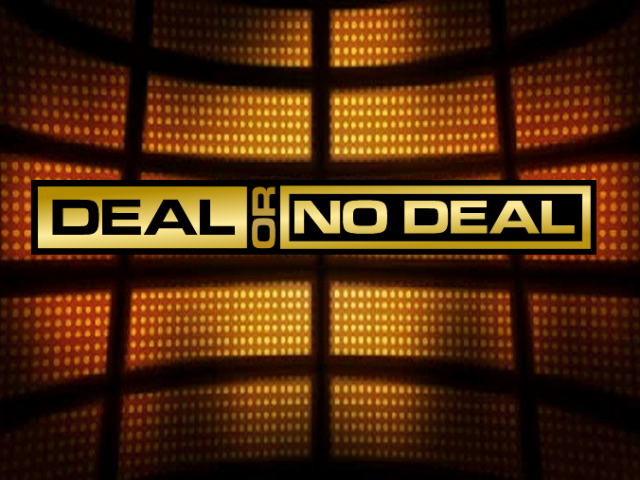 Not only will it run across multiple states, ensuring that the jackpot will always reach its $1 million mark, but it will also give players the chance to compete in one of the most popular game show brands of all time: DEAL OR NO DEAL. We’re referring of course to the brand new lottery game by the same name that will afford players the opportunity to compete in a non-broadcast version of the game show with other players across multiple states.

But whom do we have to thank for the pleasure? That would be Scientific Games, in partnership with brand owners Endemol Shine Group, who also happens to own Endemol Shine Gaming.

The Popularity Of Scratch-Cards

The format of the game will take on the shape of an instant scratch game and interested players will be able to purchase the scratch cards from participating Lottery retail outlets by the beginning of 2019. What’s more, those players not in possession of a winning ticket will have the chance to enter their losing tickets into another draw for a second chance at winning; this time round for a shot at securing a grand theme park vacation.

Lottery groups all over the world have incorporated the second-chance concept for quite some time, and players have been full of praise at the opportunity of being offered a second chance at winning with their non-jackpot tickets.

Kyle Rogers, Executive Vice President and General Manager of licensing for Scientific Games, on behalf of himself as well as on behalf of the creative teams at the corporation, has congratulated the DEAL OR NO DEAL franchise game show on its return to prime-time television.

Rogers said that he and the development teams looked forward to a solid working relationship with one of the most popular brands to ever have hit the television industry. In fact, he described the brand as being phenomenal. Rogers also said that the popularity of the brand was what made working on a new Lottery game all the more exciting and that he  was sure that the nation’s players would agree. Multi-state lotteries have become booming businesses in their own right and players enjoy these so much more when they are associated with a well-known brand.

According to Endemol Shine Gaming’s Mark Woollard, people all over the US are keen to interact off-air with the popular game show. Woollard pointed out that the return of the brand to prime time television is a true testament to its popularity. He said that as an end-service provider, Scientific Games was perfectly stationed to provide the Lottery platform for the game.

Do YOU have a good deal? Play the lottery online and see if you can win BIG!